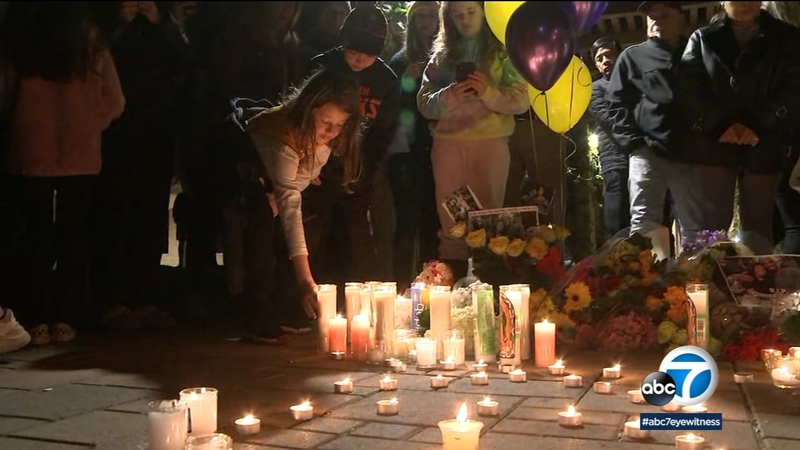 Neighbors described Bryant as a friendly and beloved member of the community, often seen out with family members.

One neighbor said as basketball lost an icon, Newport Beach lost a neighbor and a friend.

Nine people were killed when a helicopter crashed into rough terrain in Calabasas Sunday morning. The crash killed Bryant, his 13-year-old daughter Gianna Bryant, two coaches at schools in Orange County, the wife and daughter of one of those coaches, the pilot, and two other individuals who have not yet been publicly identified.

Millions of basketball fans around the world were devastated by the news of Bryant's death. In Los Angeles, fans in Lakers jerseys flocked to sites such as Staples Center, the Lakers training facility in El Segundo and the site of the crash in Calabasas.

The outpouring of grief continued well into the night at Staples Center. One fan interviewed by Eyewitness News expressed his deep appreciation for Bryant.

Impromptu memorials with candles and flowers were created by fans near the arena.