Investigators said a 28-year-old woman was driving the wrong way on the 60 Freeway. She was also killed in the crash.
KABC
By Leanne Suter 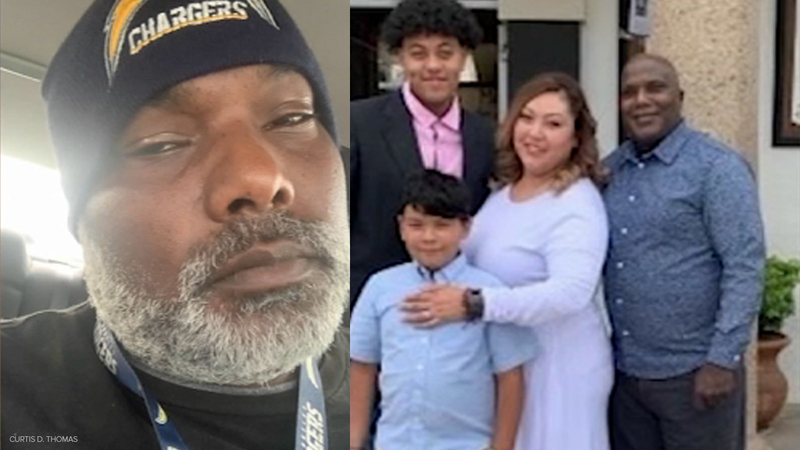 RIVERSIDE COUNTY, Calif. (KABC) -- He had just gotten married and became a stepfather.

A Southern California man died in a deadly collision allegedly caused by a woman who was speeding and going the wrong way on the freeway.

The woman also died in the crash. Now, family members of the victim want to know how this could have happened.

According to the family, 49-year-old Antral Thomas never had a chance.

"She was supposed to be in the east side of the freeway and she ran head-on into their car at, what I understand, 90 mph," said Alberta Whiteside, the victim's mother.

Investigators said 28-year-old Ava Gonzalez was driving eastbound in the westbound lanes of the 60 Freeway near Gilman Springs Road in the Badlands.

She slammed head-on into Thomas, killing the 49-year-old on impact and seriously injuring his best friend, who was also in the car.

The family of a 32-year-old woman who was killed in a West L.A. crash involving a teenager behind the wheel of a Lamborghini SUV will receive a settlement of $18.8 million.

Thomas's family said California Department of Transportation crews were working in the area and had just opened the entrance ramp.

They don't know if that may have been a factor in the deadly accident or if Gonzalez was driving under the influence.

"What exactly happened?" asked Curt Thomas, the victim's brother. "What caused her to be going so fast on wrong side of the road that impacted him, that caused him ultimately to die?"

Known for his love of the Los Angeles Chargers and trying new foods, Thomas's family said he would help anyone in need.

"He was outgoing, liked to travel, he liked to eat," said Niashia Whiteside, the victim's sister. "He was very humble, everybody loved him and he would do anything for anybody."

His family is now left grieving at a time they should be celebrating. The 49-year-old had recently gotten married and became a stepfather to two.

They say all they want is one thing.

The California Highway Patrol said the cause of the crash is under investigation as they await the result of toxicology tests.