Crews were also spotted trying to repair power lines, which also went up in flames.
KABC 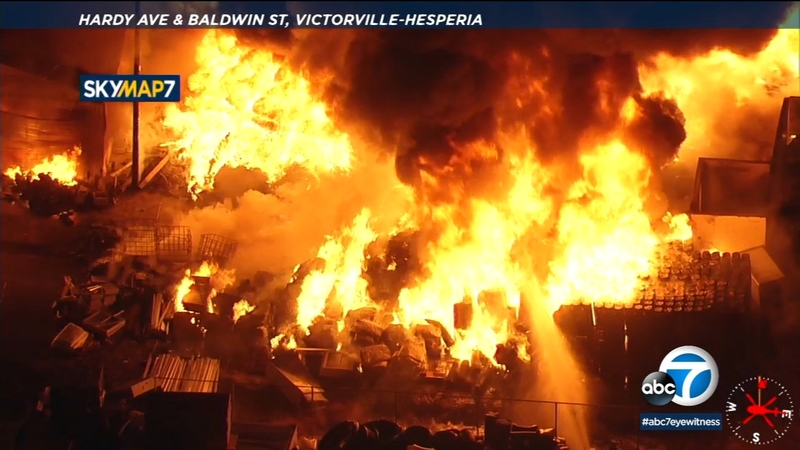 Massive fire in Adelanto knocks out power to surrounding area

ADELANTO, Calif. (KABC) -- Firefighters battled a massive fire that broke out at a large commercial building in Adelanto.

The fire started Wednesday afternoon at a commercial courtyard near the intersection of Baldwin Street and Bartlett Avenue, just east of Highway 395.

The San Bernardino County Fire Department was the lead agency battling the fire with help from the Apple Valley Fire Protection District and the Victorville Fire Department.

A knockdown was reported around 8:27 p.m.

It's unclear what the building houses. The courtyard is located near several homes and a strip mall.

Drivers and residents were urged to stay clear of the area.