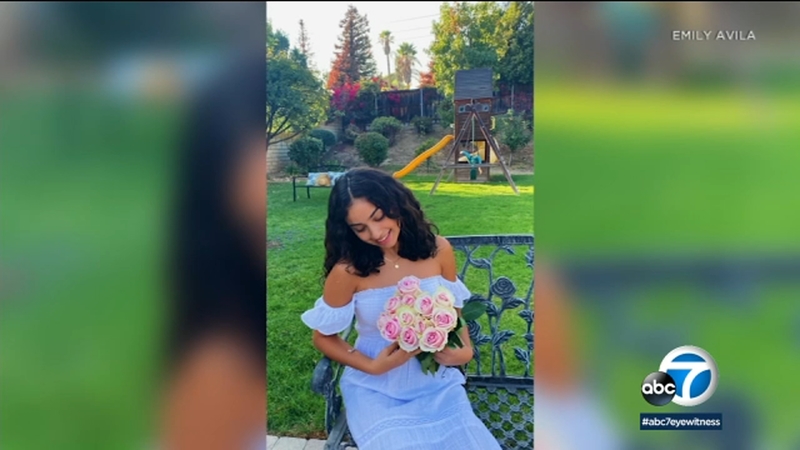 ANAHEIM, Calif. (KABC) -- A teen family member of a newborn who lost her mother following a tragic accident in Anaheim is hoping to bring awareness to the dangers of impaired driving with roses.

Emily Avila, 15, organized the Rose Challenge, inspired by the August death of her aunt, Yesenia Aguilar.

The 23-year-old was eight months pregnant with baby Adalyn Rose when 40-year-old Courtney Fritz Pandolfi, suspected of driving under the influence, drove a Jeep into the expectant mother and her husband as they took their evening walk, killing her.

Prosecutors with the Orange County District Attorney's Office said Pandolfi had three prior DUI convictions and a fourth open case from 2019.

Little Adalyn was delivered via emergency C-section. Her father, James Alvarez, said she is growing healthy, strong and hitting all her milestones.

"I'm definitely getting the support that I need to keep going which is a blessing," Alvarez said.

A baby who was born prematurely after her mother was struck and killed by a suspected DUI driver in Anaheim is making good progress, according to her father.

In the aftermath of the tragic death, Avila says her uncle's words during her aunt's funeral made her want to take action.

"He said, 'Don't let Yesenia's death be in vain,' and I really took that to heart, you know. She was so young when she passed away and I'm a Catholic so I felt that it was God's calling, you know. He carved out this path for me to take, to help people," Avila said.

That path is the Rose Challenge, which started Oct. 23, because the young mother-to-be was 23-years-old at the time of her death.

Avila asked supporters to take a photo with a rose and tag @InMemoryOfYeseniaguilar on Instagram or #InHonorOfYeseniaAguilar, then challenge others to do the same.

"A mother's love is the greatest love of all, so I ask you, please, if you are in addiction right now, please get help. Change is possible, but it also starts with you," Avila said.