kabc
By ABC7
CORONA DEL MAR, Calif. Thursday afternoon the school said very little about this new development because they just received the lawsuit and now it is a legal matter.

A culture of sexist hostilities is alleged by a /*Corona Del Mar High School*/ student, a female homosexual. The /*ACLU*/ gives her the pseudonym "Mary" in the 36-page complaint.

The suit describes the discovery "Mary" made on the social network Facebook. Three football players appear in a 17-minute video. A copy is now in the hands of the /*Newport Beach Police Department*/.

ACLU attorney Hector Villagra has seen it too.

"The deal itself contains a string of homophobic slurs," said Villagra. "We have talked to students who say that homophobic slurs are heard routinely in classrooms and school hallways within earshot of teachers and nothing happens. We have heard from students that some of the school's coaches routinely use homophobic slurs in an attempt to berate and motivate student athletes."

There is a threat that one boy wants "deliberately kill her," and another speaks of raping her. More disturbing than the words, says the attorney, is the boys' demeanor.

"The fact that these boys would publish or broadcast their homophobia, they said they knew everyone was going to see it," said Villagra. "They were happy about it. They were giggling about it."

The school says it was in the process of resolving "Mary's" complaint when they received the lawsuit. The school says there are many factual errors and mistakes.

The Newport-Mesa Unified School District released a statement: "These allegations are very serious and the District will utilize its best efforts to ascertain the truth of these matters, as well as to be sure there are procedures in place to allow prompt resolution of any and all disputes regarding discrimination and harassment."

Thursday many parents said that gay students are not ostracized there and that they back the administration. The high school was thrust onto the national stage just a month ago, when they wanted to produce a high-school version of the musical "Rent." Gay characters are depicted, though there is no sexual behavior. The principal cancelled it because of its content, according to the drama teacher.

That play later was rescheduled. "Mary" has decided that this area, this place, this school, was too scary for her. She's afraid of running into some of those boys so she has arranged for independent study and now is only on campus for eight hours a week. 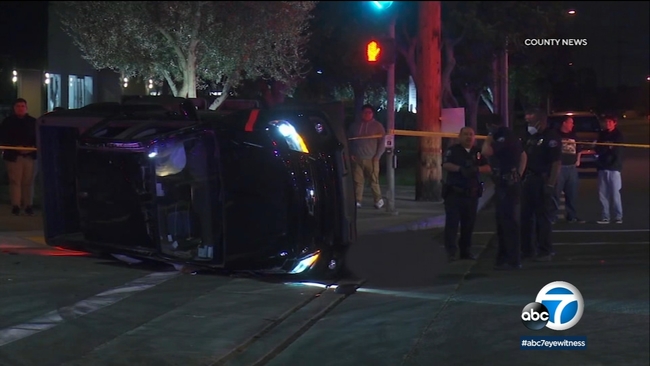