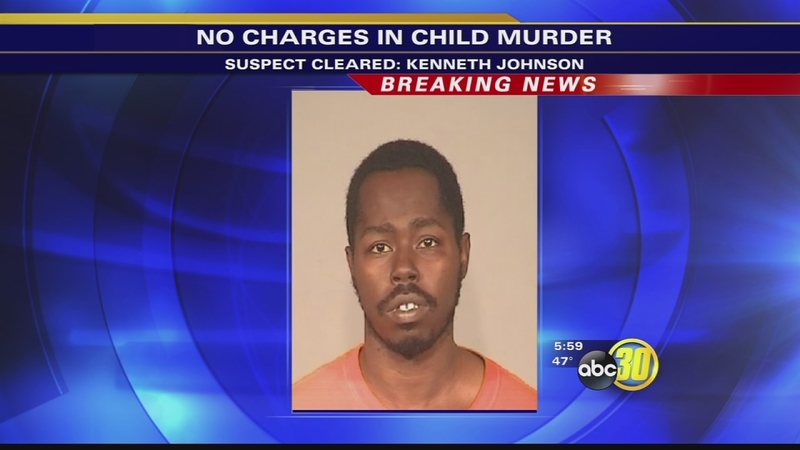 FRESNO, Calif. -- The man arrested just Wednesday in the death of a 14-month-old toddler was released from jail.

Fresno County authorities said they will not pursue charges against 30-year-old Kenneth Johnson.

Police said Johnson confessed to abusing the child at an apartment complex not far from Fresno State.

Johnson is the boyfriend of the child's babysitter. He reportedly told police he punched the child in the stomach because the baby would not stop crying.