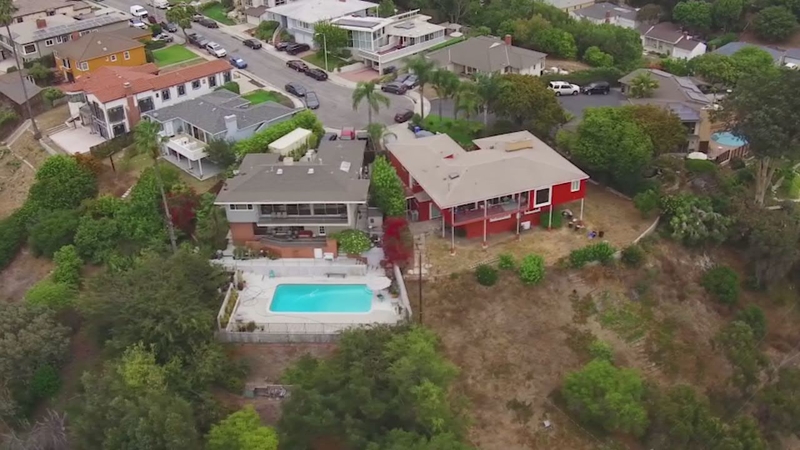 BALDWIN HILLS, Calif. (KABC) -- Success is typical among the residents in the predominantly African-American neighborhoods of Baldwin Hills, Ladera Heights, Windsor Hills and View Park. Many of the homes are valued upwards of $2 million, and scores of Black celebrities, including Ray Charles and Tina Turner, have lived in the area, leading some to call it the "Black Beverly Hills."

But this label paints a distorted image of a community that's proud of its own history and identity.

"I'm pretty sure it wasn't somebody African American that labeled it," said Baldwin Hills resident Denise Burnett, a former school principal and rising director at the David Geffen School of Medicine at UCLA. "Everyone here has worked very hard. They didn't have a silver spoon in their mouth. It wasn't given to them or inherited it. They worked very hard to be here."

Denise and her husband, Dr. Ted Burnett, a dentist who grew up in neighboring South Los Angeles, raised their daughter in the area.

This story is part of "Our America: Living While Black," a five-part ABC Owned Television Stations docuseries. Find all episodes on your streaming device, including FireTV, Roku, Apple TV and Android TV.

"We always knew that there were more affluent Black people that lived in the Baldwin Hills area. So as kids we always wanted to be there," said Dr. Burnett.

According to local real estate agent Roland Harris, African Americans settled in the area because historically, they were not allowed to purchase homes in other affluent areas.

"It's just a really great community," said Harris. "During the late 60s and early 70s, African Americans, a lot of times people would not sell to them in affluent neighborhoods, even if they could afford it. A lot of successful African Americans chose this neighborhood because it's a very beautiful neighborhood, and they were allowed access."

"Our America": Living While Black - Racism and Inequality Resources, Info