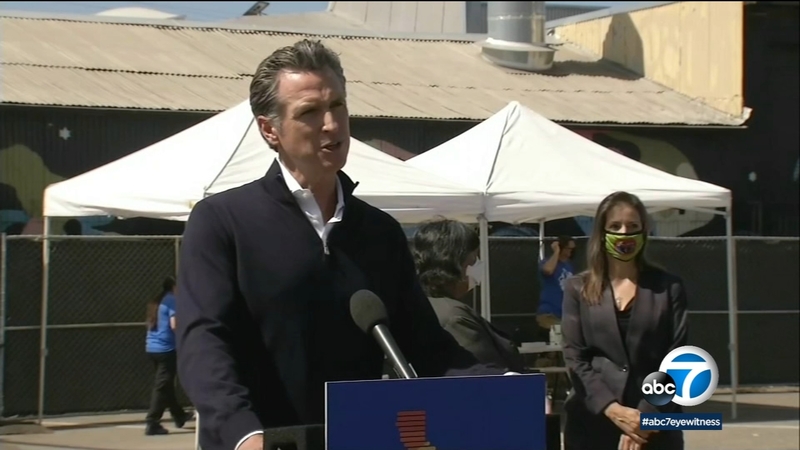 The poll found 51% of likely voters said they plan to vote "no" on recalling Newsom, with 42% voting in favor of recalling him and 6% are undecided.

Thirty-seven percent of those who participated in the poll said they will leave question two blank, but 27% will vote for Larry Elder, who has four times the support of the nearest candidate.

The final day of voting in the California recall for the 22 million registered is two weeks away. More than 4 million ballots have already been returned, according to Political Data Incorporated.

Fifty-four percent of returned ballots belong to Democrats, 24% to Republicans and 22% no party preference. In the 2020 Election, many Republicans decided to vote in person because of concerns about voting by mail, so that could be the case again.

"People are very active, very participatory in this election, and we're seeing that gap in terms of knowledge of what is at stake close very, very rapidly," said Newsom.

At a vaccine event in Northern California Tuesday, Newsom said the recall will have life and death consequences.

"The starkest contrast between myself and all the folks on the other side - who all supported Trump and support Trumpism - is their support to end the mask mandate and to end the vaccine requirements 'before their first cup of tea,'" Newsom said.

"The leading candidate, Larry Elder, wants to end mask requirements and vaccine requirements 'before his first cup of tea.' His model is Texas and Florida and Mississippi," the governor said. "I hope people pause and just consider the life and death consequences of that decision: We have among the lowest positivity rates in the America. They have the highest positivity rates in America.

"There is no more consequential decision to the health and safety of the people of the state of California than voting 'no' on this Republican-backed recall."

Campaigning in Venice Beach, Republican John Cox said his polling shows 60% of voters will make up their minds in the final two weeks.

"I think they know that life would improve without this governor. That these are management issues and we need a manager. We don't need a pretty boy," Cox said. "We don't need someone who is looking to run for president. We need someone to address the issues today... I'm going to make my case to the people in the last couple of weeks. We need a businessperson."

Vote centers open Saturday and the Republican candidates who have spoken with Eyewitness News believe undecided voters are waiting to vote in person.