CA recall price tag 'could be' more than $300M, secretary of state says, as experts call for reform 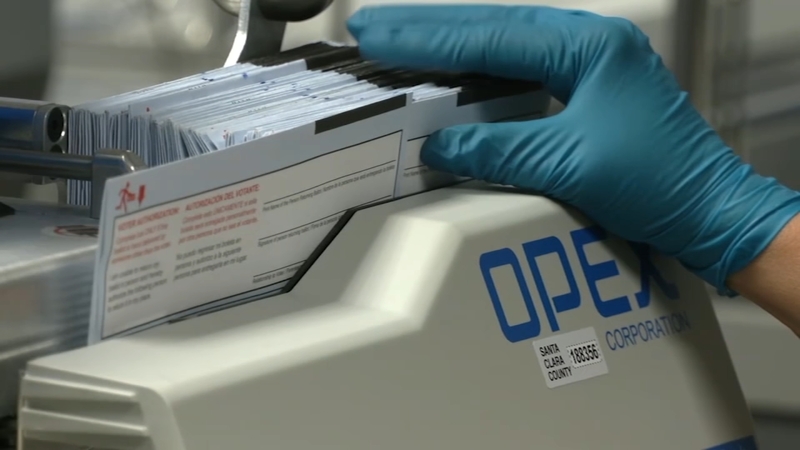 Cost of CA recall 'could be' more than $300M, secretary of state says

SAN FRANCISCO -- California's 2021 recall election is on track to be one of the most expensive to date -- and the state has already spent close to $300 million of taxpayer money.

According to Weber, California has spent $276 million as of Tuesday and indicated the cost is projected to exceed that amount.

"The budget committee and the state assembly acknowledges that it can go higher," Weber said. "We could see $300 million or more spent on this election."

So what should change?

"Currently the filing fee is just $4,000," said Mark Di Camillo, the director of UC Berkeley's IGS poll. "All a candidate has to do is get 7,000 signatures to get on the ballot."

A website paid for by Larry Elder's campaign is pushing unsubstantiated claims of election fraud before results have even been released.

Di Camillo explains overall the majority of voters supported reforms that would make it more challenging to qualify for a recall election, indicating the threshold is too low.

"There are definitely some gaps that can be filled," said political scientist Eric Schickler, the co-director of UC Berkeley's Institute of Governmental Studies program.

Schickler says another way to tighten the rules to qualify would be requiring candidates have a minimum amount of signatures coming in from different parts of the state.

"A certain number in five counties, so it's not enough to send signature gatherers to your home town and just meet the standard," said Schickler.

Signature gatherers are commonly used among interest groups and are often inexpensive, making it easy for people to buy their way on the ballot.

"Most of these reforms would make it more difficult to have such an election take place," said Di Camillo. "In the long run, it would presumably save the state a fair amount of money."

Yet, it's not just the cost that's raising eyebrows but key flaws in the process.

"It is somewhat quirky in that sense that Gavin Newsom could actually lose and then we'd end up with a person who didn't have more than 20% of the of the vote," said Weber. "Which means the vast majority of California would be rejecting that person."

"What can we do to really make it a system that we believe in?" said Weber. "We're going to do some work on that."