Election Day has arrived. Will Gov. Newsom be the second governor in the state's history to be recalled?

With Gov. Gavin Newsom's fate at stake, Californians on Tuesday cast the last of the ballots that will decide whether he continues to lead them or if the nation's most populous state veers in a more conservative direction amid anger over his actions during the COVID-19 pandemic.

Newsom, a Democrat who is leading in polls, is only the fourth governor in U.S. history and the second in California to face a recall. He was elected in a landslide less than three years ago.

"I'm feeling good, as long as we can get out that vote," Newsom said after greeting volunteers in San Francisco hours before the polls closed.

A recall election has a less predictable dynamic than a regular election, he said.

"They designed this to catch us while we're sleeping," Newsom said. "But I think you've seen in the early voting Democrats have been coming out strong, and I'm just humbled by that."

Newsom ended his campaign Monday with a final push from President Joe Biden, who warned that the outcome of the contest could shape the country's direction on the pandemic, reproductive rights and the battle to slow climate change.

The Democrat who defeated Republican President Donald Trump less than a year ago said that the issues that defined the 2020 race had been resurrected in California, with potentially disastrous results if Newsom is removed from office.

Speaking to hundreds of cheering supporters during a twilight rally in Long Beach, Biden referred to the leading Republican candidate Larry Elder as "the clone of Donald Trump."

"Can you imagine him being governor of this state?" Biden asked, as the crowd responded with shouts of "No, no!"

"You can't let that happen. There is too much at stake," the Democratic president said.

The results of the race in which Newsom needs a majority vote to hold his job are likely to influence the 2022 midterms, when control of Congress again will be in play and the party that controls the White House historically loses seats. They could determine how prominently Democrats campaign on COVID-19 restrictions that many Republicans have decried as unnecessary and overly burdensome.

With much riding on the outcome, Biden was last among a prominent list of Democrats to make cameo appearances in the contest either in person or in ads, including Vice President Kamala Harris, Vermont Sen. Bernie Sanders, former President Barack Obama and Massachusetts Sen. Elizabeth Warren.

Newsom's ouster would be a stunning rebuke in heavily Democratic California, where the party controls every statewide office, dominates the Legislature and congressional delegation and holds a nearly 2-to-1 advantage in registered voters.

Biden's visit in the waning hours of the race was intended as a final effort to motivate the state's more than 10 million Democratic voters. Newsom's advisers, meanwhile, expressed increasing confidence that the governor would survive the effort to drive him out of office more than a year before the end of his first term. The campaign had 25,000 volunteers on the streets over the weekend, and has sent 31 million text messages to voters.

Recent polling has shown Newsom holding an edge in his bid to save his job.

Elder staged his capstone rally in nearby Orange County, where he urged his supporters to reach out to friends and neighbors and urge them to vote. The GOP will need a heroic election day turnout to catch Democrats who have been turning in mail ballots in larger numbers. Nearly 8 million Californians already have cast mail-in ballots.

"Make sure you have your friends vote, vote, vote, and try and get 10 more friends to vote and hit every call, make every call, knock on every door, we're gonna win this thing if we turn out the vote," Elder said from a hotel ballroom in Costa Mesa.

California Republican Party Chairwoman Jessica Millan Patterson called it "baffling and insulting" that Biden engaged in a political event when some Californians remain stuck in Afghanistan.

"It's clear protecting those they were elected to serve comes second to politics," she said in a statement.

While Newsom has sought to nationalize the race, Republicans have criticized him relentlessly for rising taxes, an unchecked homeless crisis, climbing crime rates and housing prices that are out of reach for many in the working class. The recall gained momentum largely out of frustration with Newsom's COVID-19 restrictions that shuttered schools and businesses and cost millions of jobs.

"There's no front that I can think of where this man has done a good job - not on schools, not on homelessness, not in the way he shut down this state," Elder said earlier Monday.

Voters are being asked two questions: Should Newsom be recalled, yes or no, and, if he is ousted, who should replace him? The results of the second question are irrelevant if a majority of voters support retaining Newsom.

In recent days, Elder suggested the results of the recall election could be skewed by unspecified "shenanigans," echoing Trump's baseless claims of voting fraud in his 2020 race with Biden.

There has been no confirmed evidence of widespread fraud. Elder's campaign website has linked to a "Stop CA Fraud" site where people could sign a petition demanding a special legislative session to investigate the "twisted results," well before any results were announced. It states that "instances of undocumented ballots have been discovered prior to the election date of September 14."

Asked to provide evidence of any suspicious voting activity, Elder campaign spokeswoman Ying Ma said that "we all want every proper vote to be counted" and "whatever shenanigans there are will not stand in the way of him becoming the next governor."

Before the rally, Biden toured wildfire damage in Northern California. He praised Newsom's leadership on responding to climate change, which is contributing to California's wildfires becoming bigger and more destructive. Elder and Republicans say Democratic leaders have failed to appropriately manage California's forests, leaving more fuel for fires to burn through.

Cost of CA recall 'could be' more than $300M, secretary of state says 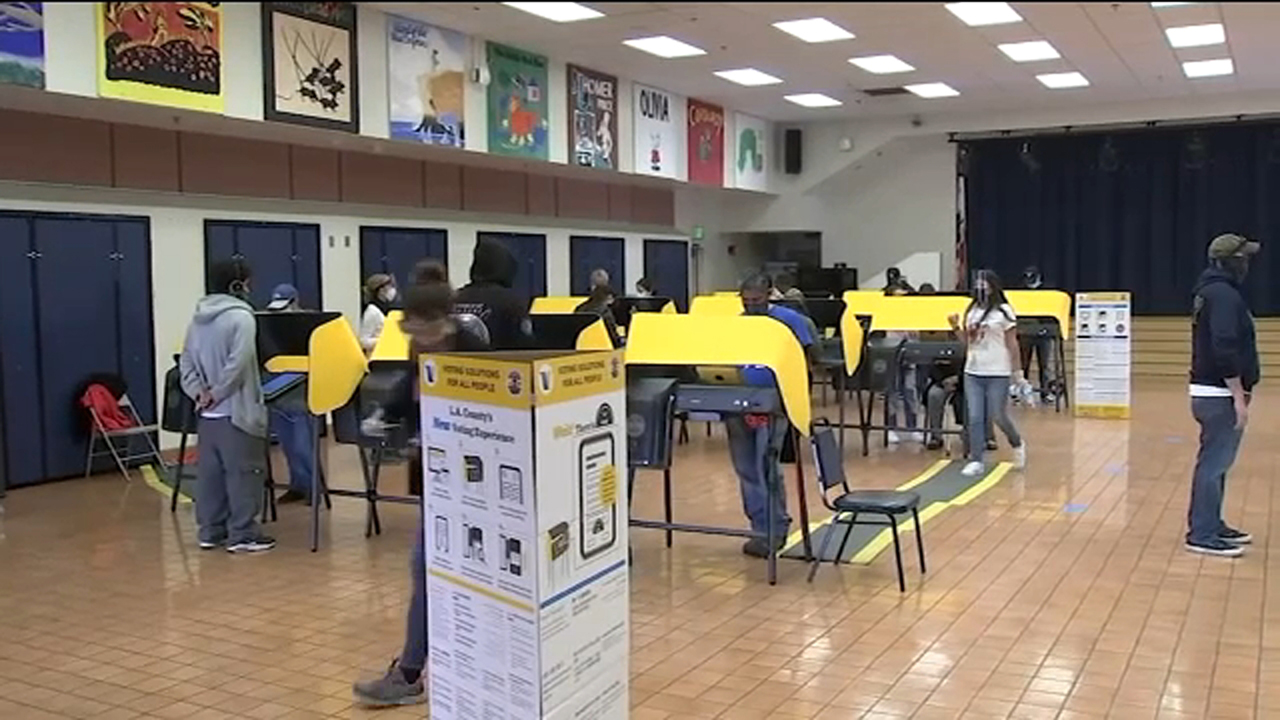 How California's voters have changed since the 2003 recall