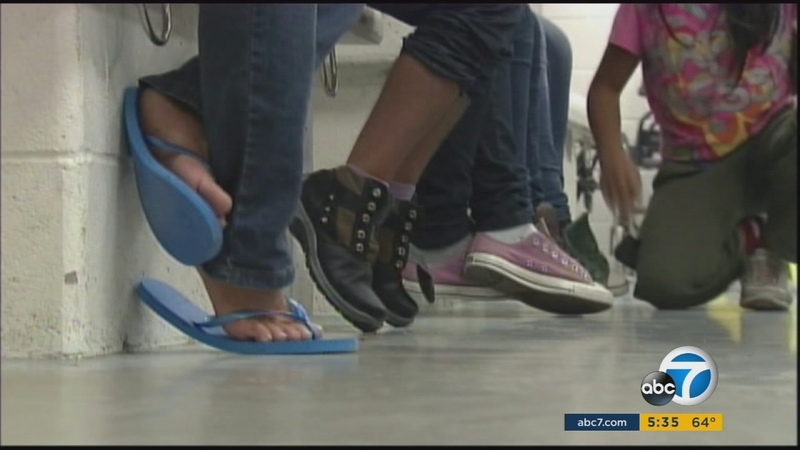 The three came to Los Angeles under a new program that helps children escape violence and poverty in their homeland. The trio are some of the first immigrant children allowed to enter the U.S. through the Central American Minors/Refugee Program, which was started one year ago.

"With this arrival of this family, we can see that it is possible that youth who would otherwise have to escape their homeland or risk their lives in getting here might be able to arrive safely," said Steve Voss, CEO of International Institute of Los Angeles.

The youngest of the Zavaleta children said he is happy to finally be with his father even though he and his siblings are thousands of miles away. The three teens, ages 14, 15 and 17, haven't seen their father Oscar in nearly 15 years.

Thousands of unaccompanied immigrant minors crossed the border into the U.S. from Central America last year, which drew protests from the Inland Empire to Texas. Demonstrators wanted the children sent back.

The refugee program allows parents who are legally in the U.S. to apply and go through a review process that could bring their children from Central America to the states.

A parent has to reach out to one of the local refugee resettlement agencies and fill out a free application, which is confidential, according to Lilian Alba with the International Institute of L.A.

Oscar Zavaleta applied nine months ago. He said he still can't believe his three sons are with him.

The children said they saw friends murdered and felt threatened by violent street gangs back in El Salvador. Now, they feel safe here on American soil.