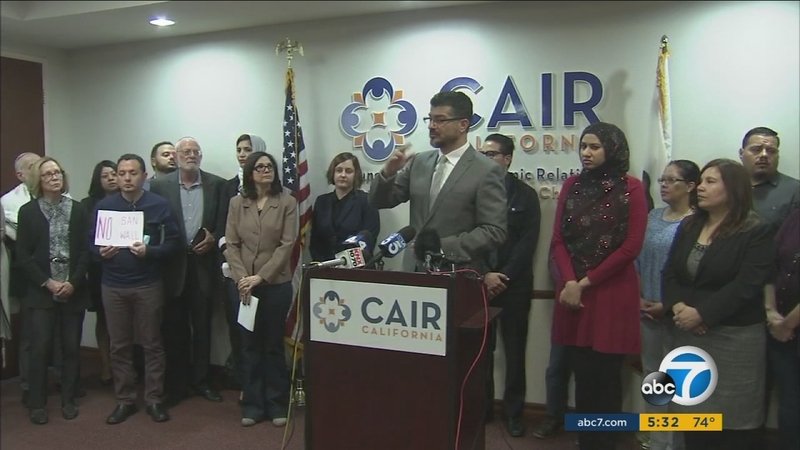 Flanked by a dozen different groups, officials with CAIR said it was calling to question the constitutionality of the order and was working with other civil rights groups to help those impacted.

"Make no mistake, whatever language is used in this executive order, Muslims are the sole target of that order," Hussam Ayloush, the executive director CAIR-LA said.

"It is unfortunately impossible to know the full scope of the problem. We do not know exactly how many people have been detained in an unlawful manner," Caitlin Sanderson, staff attorney with the American Civil Liberties Union stated.

"There were 325,000 people that came into this country over a 24-hour period from another country, 109 of them were stopped for additional screening. We've got to keep this in proportion," Spicer exclaimed.

Spicer addressed the media after protests erupted in several cities across the country over the weekend, including thousands of demonstrators who descended on the Los Angeles International Airport who disrupted traffic.

"Since becoming president, he's continued to take steps through executive order and other ways to make sure that this country is as safe as it can be and we're ahead of every threat," Spicer continued.

"Refugees coming to America are the most vetted of all those entering into our country," Ayloush proclaimed. "They go through multiple levels of screenings."

Officials at the University of California, Irvine, said they were checking their legal options to try to protect students and faculty from the executive order targeting seven Muslim-majority countries.

They've recommended that students and staff from those countries not travel outside the U.S.