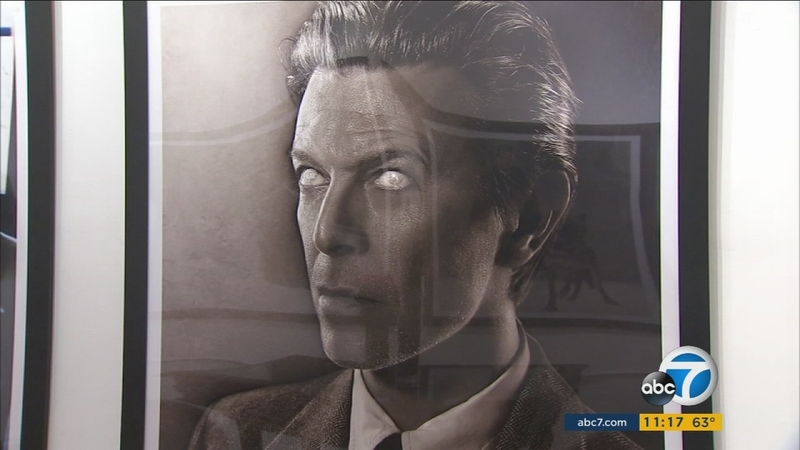 HOLLYWOOD, LOS ANGELES (KABC) -- Millions of fans were stunned at the passing of music legend David Bowie, who died of cancer in January. But now they can catch a rare glimpse of the renowned musician in a photography exhibit.

The new exhibit features rare photographs of the singer and it goes on display in Hollywood at Mr. MusicHead Gallery.

On the walls, you'll see the famous photo that became the cover of Bowie's 2002 album, "Heathen."

It was taken in 2001 - along with several other photographs - by famed celebrity photographer Markus Klinko.

Klinko turned that rare moment in time into the exhibition called "Bowie Unseen." It features more than 20 prints from a playful day of photography.

If you buy any prints from the exhibit, a portion of all proceeds will benefit Gabrielle's Angel Foundation for Cancer Research.

"I do everything I can to make this tragic death of David Bowie with this exhibit at least contribute to cancer research," Klinko said.

A year after the shoot, Klinko said he got a call from "GQ." The magazine needed something of Bowie for its 2002 "Man Of The Year" issue. Klinko created Bowie with wolves using a body model, wild wolves and intricate photo manipulation.

"He loved that idea. He said, 'If you can do that, you have carte blanche,'" Klinko said.

He added that the photos were a major hit for "GQ" and it's important to him to keep Bowie's memory alive.