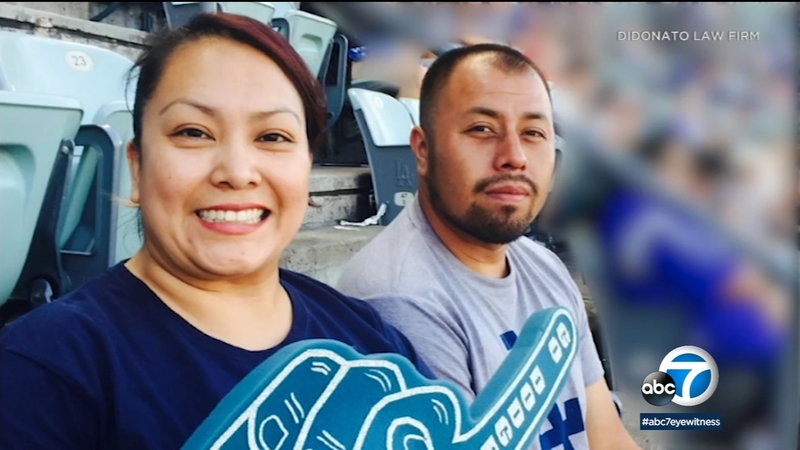 LOS ANGELES (KABC) -- Two new lawsuits have been filed against the Los Angeles Dodgers over alleged rough treatment by security.

Jesus and Jose Jimenez attended a game in April and say they were assaulted by Dodgers security.

"Jose was handcuffed and dragged and suffered some physical injuries as a result of that," said attorney Peter diDonato.

DiDonato provided Eyewitness News with cellphone video from that day. In one video you can hear the crowd shouting at security guards and saying "He didn't do nothing."

Jesus said he was arrested without reason and that charges were never filed.

"LAPD came and handcuffed me and I was sent to jail without knowing what the whole situation was," he said. DiDonato said there was a contention that the younger brother, Jose, may have said something "off-color" possibly in Spanish. "They don't recall that having happened. Again, they were with their family members," said diDonato.

The lawsuit is similar to one also filed by diDonato on behalf of Steven and Nicholas Green who say they were struck and accosted by security guards at Dodgers stadium, and told they were trespassing.

They maintain they were lawfully attending the game and did nothing wrong. DiDonato said the cases he laid out show an inappropriate pattern by Dodgers security. He also represented Daniel Antunes, who sued the Dodgers for $2 million, alleging he was roughed up by security.

We reached out to the Los Angeles City Attorney's office and a spokesperson told us Jesus Jimenez was arrested for battery of a police officer. He was not charged.

Jimenez said he doesn't believe anything he did or said or was enough for him to be arrested that night. "Obviously my children were there with us watching the game; they saw me getting arrested. I didn't come home that night. I had to bail out."