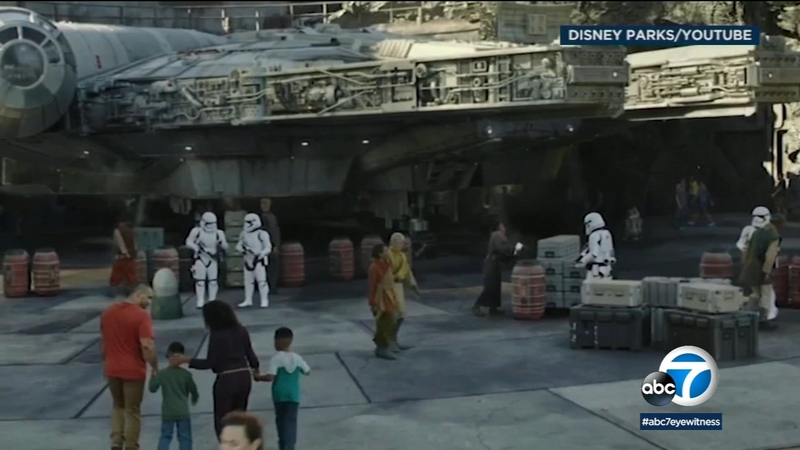 Some people with the proper connections have already experienced the new land themselves.

"Just like being on another planet. It's very immersive; from the characters, the cast members, the ride," she said. "The whole area is pretty awesome."

People who've experienced previews of "Star Wars: Galaxy's Edge" have not been able to take pictures or record videos. Disney is keeping most things secret.

Guests at Disneyland are only able to see the towering mountains of "Galaxy's Edge" from other parts of the theme park.

"From what you can see from the train, and from some of the other rides, it looks fantastic," said visitor Dan Hale, who also wonders how crowded it will be when it opens to the public.

"I'm going to assume it's going to be really packed, because everybody wants to go in," he said.

For the first months after opening, guests can enter "Star Wars: Galaxy's Edge" only by making a no-cost reservation, and reservations all sold out within two hours of becoming available. However, you can still get a reservation in conjunction with staying at one of the Disneyland hotels.

Reservations will no longer be necessary starting June 24.

Star Wars Land at Disneyland: Reservations and how to get them