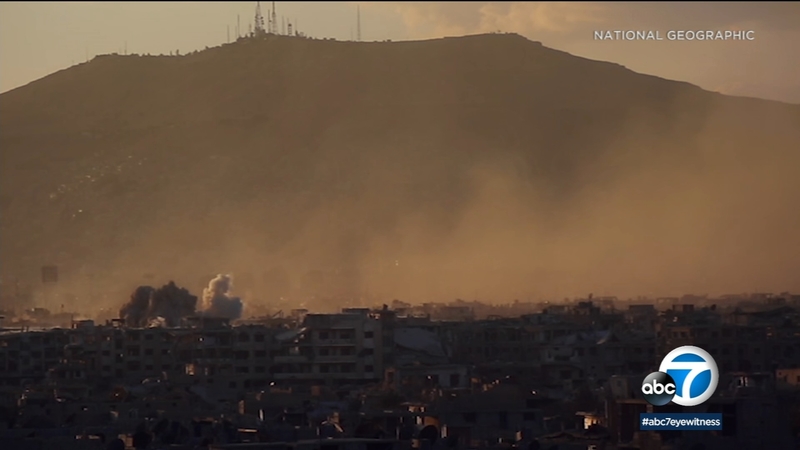 The horrors, and humanity, of war in Oscar nominated documentary 'The Cave'

The Oscar nominated documentary "The Cave" was shot in Syria for two years, beginning in 2016.

War survivors there created a network of secret tunnels under a city near Damascus. At its core - a subterranean hospital where female doctors were dealing with injured patients, very limited resources and systemic sexism.

"The point of making this film, I want to bring the people who have not a lot of information and emotion about what is happening in my country to bring it closer," said director Feras Fayyad. "They can live in that situation. This is the mission, in general."

"The Cave" is centered on Dr. Amani, the hospital manager and a doctor in the children's department.

"She is an incredible heroine, person, and is fighting every day not just to help people every day in the hospital but she also fights for female rights, underground, in the middle of a war zone," said producer Sigrid Dyekjaer.

"From the beginning, I was thinking there's us in the West, in Europe and people at war. And during this process, I connected in a way where we are one," said producer Kirstine Barfod.