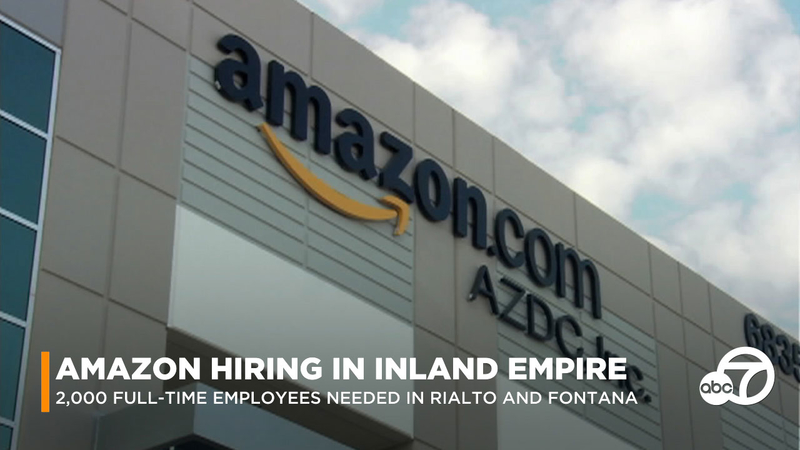 Amazon is looking to add 2,000 full-time employees to its Inland Empire fulfillment centers.

The company is already hiring people in Fontana and plans to start recruiting for the Rialto location by the middle of this month.

Workers get a minimum wage of $15 an hour, plus benefits, including tuition assistance.

You need to be at least 18 years old with a high school diploma, or the equivalent to apply.

Both facilities are slated to open this summer.

A bicyclist was caught on camera riding on the 101 Freeway in Hollywood near Highland Avenue in a dangerous and illegal stunt.

The man, who didn't appear to be wearing a helmet, was seen casually riding in the center lane, right in the middle of passing vehicles.

The California Highway Patrol says they responded to emergency calls during rush hour, but when officers got to the area the man was gone.

Study: White meat just as bad for your cholesterol as red meat

Eating red and white meats are equally bad for your cholesterol, according to scientists.

A new study says both types of meat actually have the same effect on your cholesterol levels, despite common belief white meat was healthier.