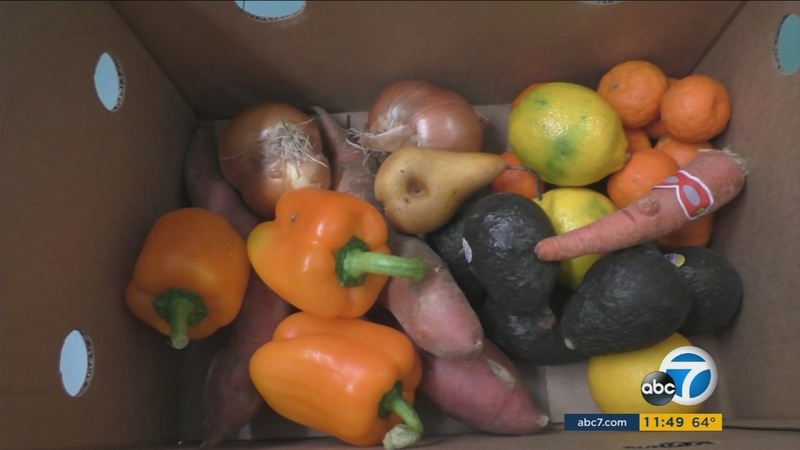 LOS ANGELES (KABC) -- Grocers aren't trying to be purposely wasteful - they want to make fruits and veggies look good, which is why we choose pretty produce.

Sadly that means quite a bit of food waste because some don't make the cut.

"We waste 40 percent of our food in this country. And believe it or not, one in five fruits and vegetables don't make it off the farm because they're cosmetically challenged," said Ben Simon, co-founder of Imperfect Produce.

"They're basically too ugly for the grocery store - wrong shape, wrong size, little bit of scarring, little discoloration. We pick up the produce that gets left behind and sell that to people for a big discount," Simon said.

He added that leafy greens, celery, cauliflower and broccoli, among others, get left behind simply due to sun discoloration, yet are just as tasty and nutritious.

"I've been to cauliflower fields where they literally leave behind like 40 percent of the crop. So instead of shipping that to animal feed, or to compost, or to landfill, we have it sent right to our warehouse. We pack customized boxes for customers," Simon said.

"A typical produce delivery company could charge anywhere in the ball park of $30 to $40 for a box of produce. We're selling it for about half that much, and you can totally customize it," Simon said.