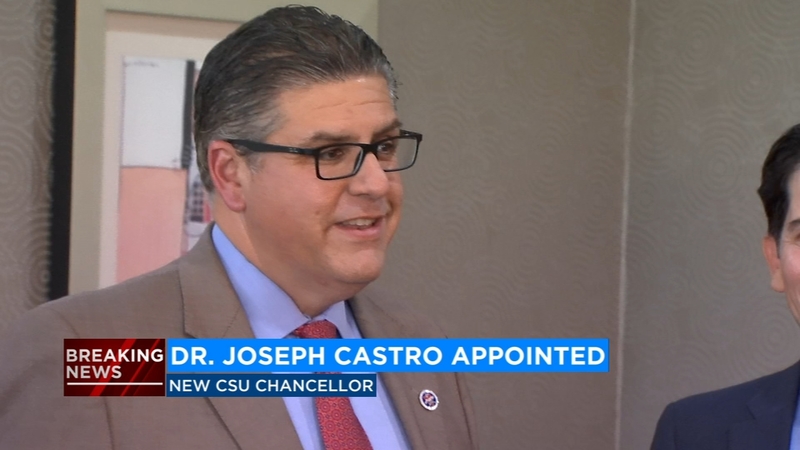 CSU's Board of Trustees announced the appointment of Castro, who is currently president of CSU Fresno, on the final day of its meeting Wednesday.

He will replace Chancellor Timothy White, who has held the post since 2012. White had announced he would retire in June but delayed stepping down to help steer the 23-campus system through the coronavirus pandemic.

"I am truly grateful for and excited about this unique and wonderful opportunity, and I look forward to working with the talented faculty, staff and presidents of the 23 campuses as well the Board of Trustees and executives and staff at the Chancellor's Office to further increase achievement for our 482,000 students," Castro said in a press release.

He attended the University of California, Berkeley, where he received his Bachelor's and Master's degrees in political science and then later obtained his Ph.D. from Stanford University.

Lillian Kimbell, chairwoman of the board of trustees, called Castro a "passionate and effective advocate" for students, the campus and the CSU system.

"He is a leader who inspires greatness in students, faculty and in the broader community. He is the right leader for the California State University in our current circumstance and for our future," she said in a statement.

It wasn't immediately clear who would replace Castro as Fresno State's university president.