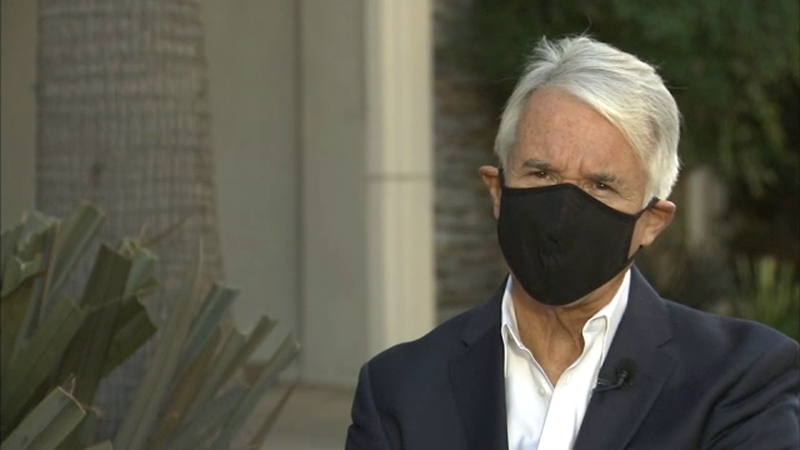 LOS ANGELES (KABC) -- The new Los Angeles County District Attorney George Gascon will be sworn in Monday. He'll be stepping into a job that is more politically charged than it used to be and then you throw in the pandemic, plus a $22 million budget cut on top of that. Gascon says he's ready with a raft of policy changes that he will implement on day one.

Gascon said as soon as he's sworn in, there will be big changes. Prosecutors will stop asking for the death penalty and will withdraw death penalty filings in current cases. At least four controversial police shootings will be re-investigated, and juveniles will be treated as juveniles.

Los Angeles County District Attorney-elect George Gascon has selected a deadly 2015 police shooting in Long Beach as one of four cases he plans to reopen.

A current case Gascon finds troubling is the shooting death of 18-year-old Andres Guardado by L.A. County sheriff's deputies. At last week's coroner's inquest into the shooting, the two deputies at the scene and the detectives investigating the shooting refused to testify.

Gascon has already begun meeting with community groups of all stripes - including a somewhat contentious meeting with Black Lives Matter activists after he won the election.

"I pushed back hard. First of all, I'm not going to be intimidated by anybody," Gascon said.

The former L.A. cop and former San Francisco DA has dealt with plenty of conflict before - including an incident at his San Francisco home in 2018.

It may take political courage to pursue the agenda Gascon is advocating. Does he consider the DA job a stepping stone to higher office?