At one point, the suspect was driving more than 100 mph.
City News Service 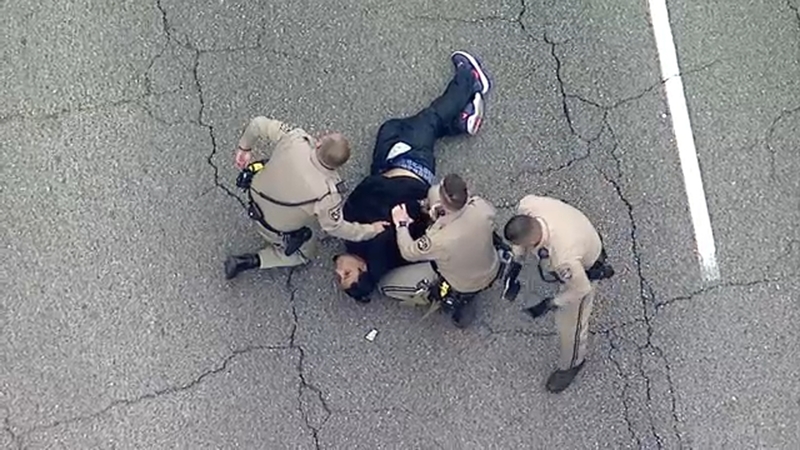 Suspect arrested after leading police on chase in stolen vehicle

PASADENA, Calif. (CNS) -- A man suspected of stealing a Honda Pilot and assaulting a Los Angeles County Sheriff's Department deputy was taken into custody in Pasadena after leading authorities on a pursuit.

Whittier Police Department officers began pursuing the man on the northbound San Gabriel River (605) Freeway near El Monte about 3:15 p.m., according to police.

California Highway Patrol officers took over the pursuit as the man made his way at high speeds through Arcadia and eventually exited the freeway onto surface streets in the Pasadena area.

The man turned into an alleyway by an apartment complex near Sierra Madre and Colorado boulevards, exited the car and attempted to flee on foot, but CHP officers quickly subdued him and took him into custody just after 3:45 p.m.