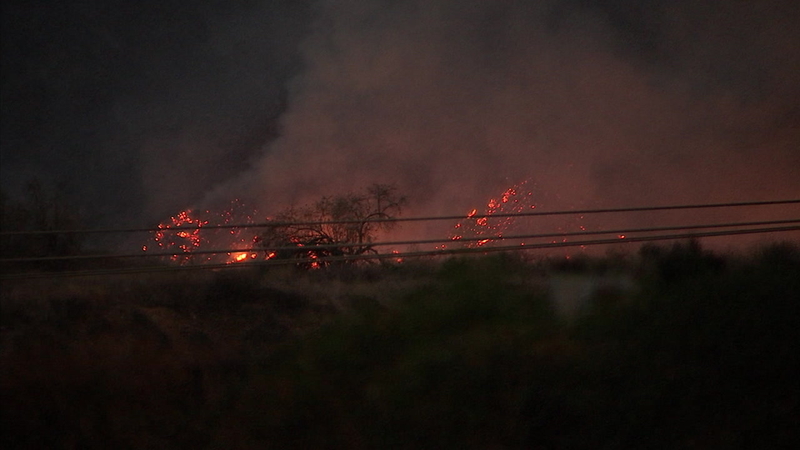 TRABUCO CANYON, Calif. (KABC) -- Fire officials on Saturday announced that containment of the massive Holy Fire has more than tripled from 10 percent to 36 percent, offering a glimmer of hope to residents of Riverside and Orange counties even as thousands of homes remained threatened.