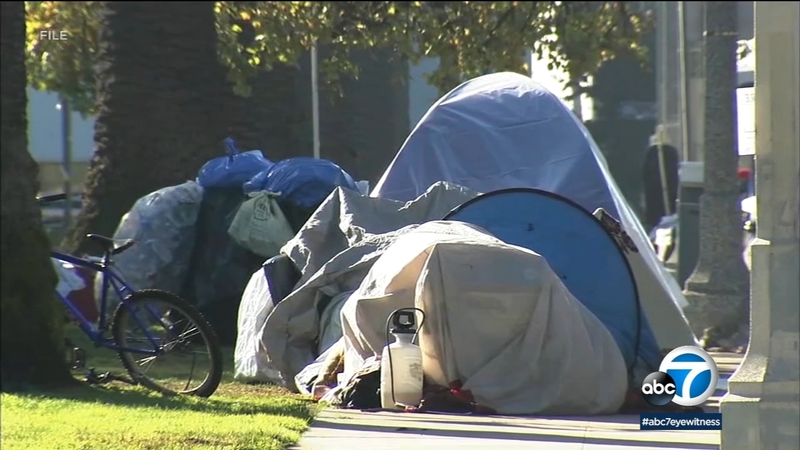 LOS ANGELES (CNS) -- The Los Angeles Homeless Services Authority is rehousing more people than ever, but that doesn't keep up with the number of people becoming homeless every day, Executive Director Heidi Marston said Thursday.

"I do know that it's hard to reconcile, how is it that we're ending homelessness for more people than ever compared to what we see on the street,'' Marston said.

"The challenge we have to remember is that every day on average 207 people make their way back into housing either with our help or on their own, and at the same time, 227 people are pushed into homelessness every day.''

About 568,000 people in the United States are experiencing homelessness, with 151,000 in California, 66,436 in Los Angeles County and 41,290 in Los Angeles, according to LAHSA's homelessness count last year. This year's count was canceled due to the COVID-19 pandemic.

As stimulus checks go out to many Americans, homeless people may be missing out. Some may have stimulus checks waiting for them, but because of their situation on the streets - without a mailing address - they are not receiving their money.

-- the cost of living has risen while incomes have remained stagnant (Los Angeles renters would need a 2.8 times higher minimum wage to afford the average monthly rent of $2,182);

-- governments have divested in affordable housing (in the last decade, California cut redevelopment spending from $1 billion to zero);

-- governments have divested in mental health (the California Lanterman-Petris-Short Act signed into law by then-Gov. Ronald Reagan in 1967 ended a mental health system that hasn't been replaced);

-- tenants are not protected enough and land use is discriminatory; and

-- 60% of Los Angeles' homeless population has served time in prison.

Marston noted that some regions, such as Bakersfield and Connecticut, that have successfully reduced the number of people experiencing homelessness have led in three areas: prevention, rehousing and building housing so supply meets demand.

Los Angeles has invested heavily in rehousing, but the city does not have enough housing to keep up with demand, Marston said.

Los Angeles County has roughly the same number of housing units now, with a population of 10 million, as it did when the population was 6 million, according to Marston, who said this was due to policy choices that have restricted housing development and driven up prices.

Additionally, sky-rocketing rents have made it too expensive for many people in Los Angeles County to live.

The LAHSA is working to address the problem through access centers, outreach, support services, interim housing, transitional housing and permanent housing. There are 240 outreach teams of more than 850 people, Marston said. The group reached 46,533 people experiencing homelessness in 2020.