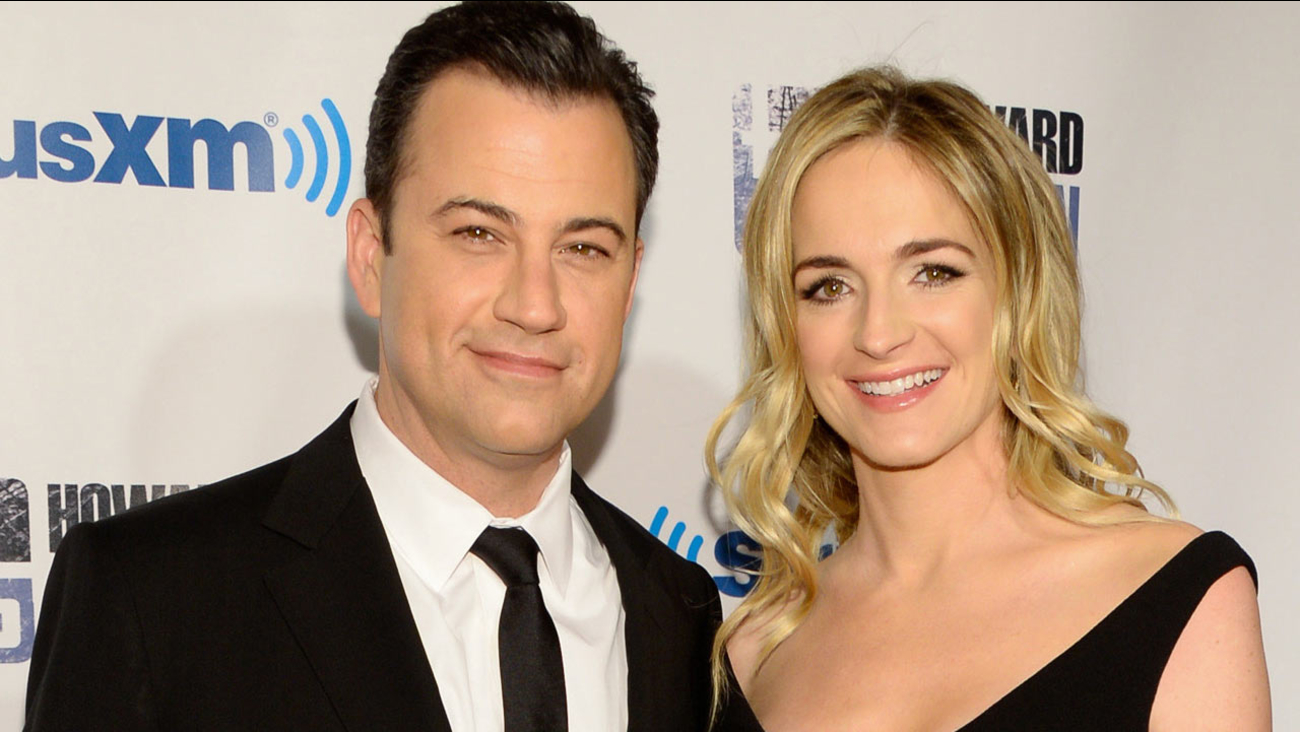 "Congratulations to my beautiful and very tough wife @mollymcnearney on delivering our baby girl this morning," the late night host tweeted Thursday.

The couple named their first child together "Jane," his representative told ABC News.

Kimmel, 46, also tweeted a joke, saying "Thanks for all your kind baby wishes - turns out, not ALL tweets are mean!"

His wife, whom he married last July, also showed she has a sense of humor.

"Kids, don't do drugs. Until you have a baby. Then do ALL OF THEM," she posted.

Kimmel has two other children from a previous relationship: son Kevin, 20, and daughter, 22.

He joked earlier this year with Ellen DeGeneres about starting over raising a child.

"I have a 20-year-old son and a 22-year-old daughter and I've forgotten everything ... I told my daughter there's only so much love I have to give and you're going to have to split it up with the new kid," he said. "I'm going to be one of those old dads."