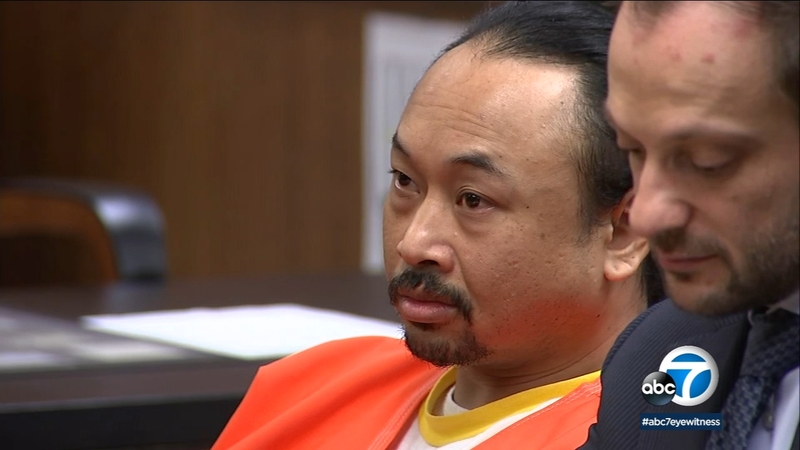 Man convicted of killing Pomona child gets life in prison

POMONA, Calif. (KABC) -- A man convicted of first-degree murder in the shooting death of a boy in Pomona was sentenced to life in prison without the possibility of parole Tuesday.

Sengchan Houl, 36, entered a Pomona court room in shackles as he sat down to learn his fate. Last month, a jury convicted him of first-degree murder along with two counts each of shooting at an occupied dwelling and negligent discharge of a firearm and one count of shooting from a motor vehicle.

In February 2017, 8-year-old Jonah Hwang was having dinner with his parents and brother at a family friend's home when he was shot and killed. No one else was injured.

Shortly after Jonah's death last year, his father's cousin said what an energetic boy Jonah was and how he'd been adopted from Taiwan only three years earlier.

During the sentencing hearing, Judge Mike Camacho ruled out the possibility of leniency based on Houl's lack of remorse.