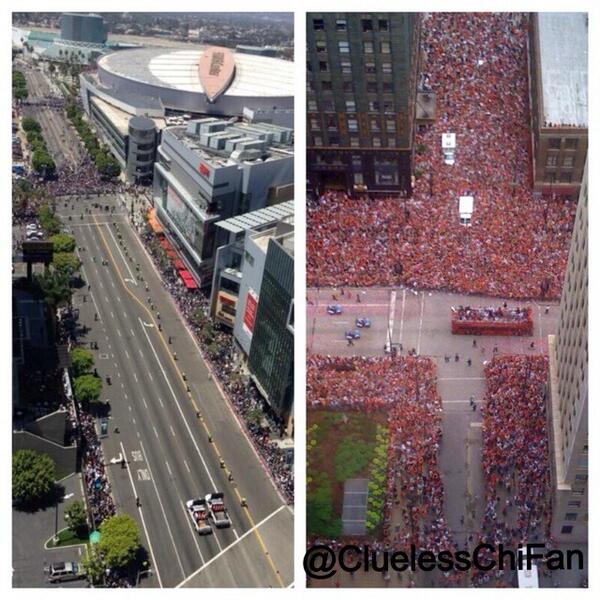 Can you tell which city won the Stanley Cup from these photos? Both.

A side-by-side image, tweeted by CluelessChiFan, of the Blackhawks 2013 parade in Chicago (right) and the Kings 2014 parade in Los Angeles (left), shows that Los Angelenos might not care as much about hockey. At least, in a pale comparison to Chicago fans.

In case you were wondering, the LA parade began at 1 p.m. at the Staples Center and included video highlights of the season. CluelessChiFan didn't stop there, and went on to chastise the lack of Kings fandom with a photo of only three people in parade attendance with the caption, "Say hello to the 3 Kings fans who attended the parade #Loyal."

Would you have attended if your city won the Stanley Cup?