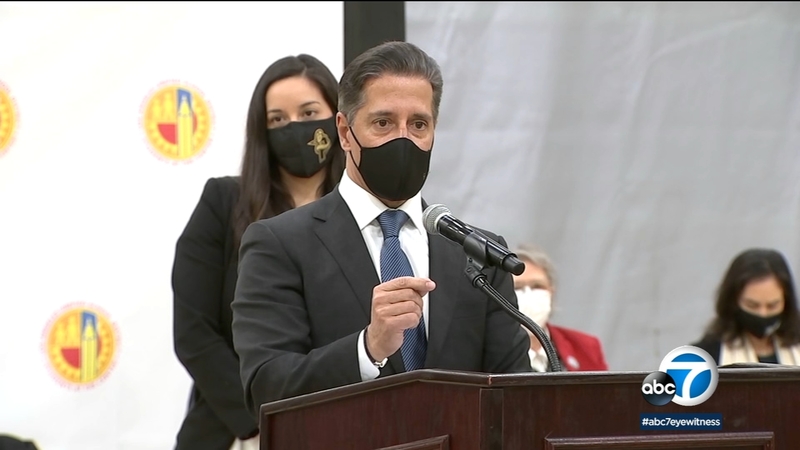 Carvalho had previously been superintendent of the Miami-Dade district.

After leading Miami-Dade County Public Schools during the pandemic, he is taking the helm of LAUSD as the new COVID-19 omicron variant begins circulating.

The board also this week delayed the district's vaccine mandate, which would have forced thousands of unvaccinated students to shift out of the classroom to online-only instruction. That mandate has now been postponed until fall 2022.

"I think the conditions that the board is facing today, and the policy adjustments are not in my opinion a reversal of decisions made. They are simply providing greater amplitude as far as time for compliance, recognizing the challenges faced in this community," Carvalho said before the board's vote for the delay Tuesday.

Alberto Carvalho, a celebrated educator who has led the Miami-Dade County Public Schools system since 2008, was unanimously chosen as the next superintendent of the Los Angeles Unified School District.

Carvalho has been praised for his efforts to address inequities affecting underserved communities and helping increase graduation rates. He said community wide efforts are required to address achievement gaps.

"I think my biggest priority right now is actually seek and land with a collaboration of this board and their vision and the community. Land on a position of unity district-wide, community-wide on the most important issues that actually threaten the well-being and the health of our students and their families," he said.

Carvalho is a Portuguese immigrant who was once an undocumented minor. He worked as a day laborer and busboy before becoming a teacher. Tuesday, the board unanimously approved his four-year contract with an annual salary of $440,000. He is set to start by March 2022.

The district is currently led by Megan K. Reilly, a deputy superintendent who took the role of interim superintendent after Austin Beutner stepped down on June 30 at the end of his three-year contract.