KABC
SUN VALLEY, LOS ANGELES (KABC) -- A 72-year-old Sun Valley hiker who went missing for days in the Sequoia National Park spoke exclusively to Eyewitness News after being reunited with his family in time for Father's Day.

Tom Jackman and Mike Richardson's fishing trip to Sequoia National Park went awry almost from the start. Before they could bait their hooks, they'd have to hike in.

"He said it would be an hour and a half. He didn't factor in an old-man time, so it was much longer," laughed rescued hiker Tom Jackman.

Jackman said his backpack was too heavy for the tough terrain, causing him to lag behind Richardson.

"He got ahead. He said, 'I'm going on ahead,' and what I didn't hear was 'Wait for me when you get down to the river,'" Jackman recalled.

When Richardson went back to look for him, Jackman was nowhere in sight.

"I thought maybe he was bent down somewhere, and I got worried that maybe he hit his head and he was injured," Richardson said, adding that he went for help the next day.

Jackman tried to hike out, but the 72-year-old was way off course. There was no cell service and no one around.

He camped the next three nights and had food but no water by Saturday morning. Hours later he heard an Army National Guard helicopter. The crew spotted him waving a tarp and came to the rescue on the ground.

"He said, 'Do you think you can hike another little bed here, to get over to where the chopper can pick us up? I said, 'You bet, how far?' He said, 'A quarter of a mile.' I said, 'Yeah, I can do that.' So, I just barely did do it," chuckled Jackman.

Meantime, son Cord Jackman and his friends had arrived to help search when they received the good news.

"Instantly, I was so relieved after spending like 12 hours of just the most intense anxiety I've ever felt," he shared.

In the end, Jackman's family and friends are grateful the rescuers saw him when they did. Being together on this Father's Day was the greatest gift of all.

"I prayed a lot, and here he is," Richardson said as he held back tears. "And we're back, and I'm so...really grateful."
Report a correction or typo
Related topics:
northern californiasun valleylos angeles countysequoia national forestmissing mansequoia national parkhikingfamily
Copyright © 2020 KABC-TV. All Rights Reserved.
RELATED 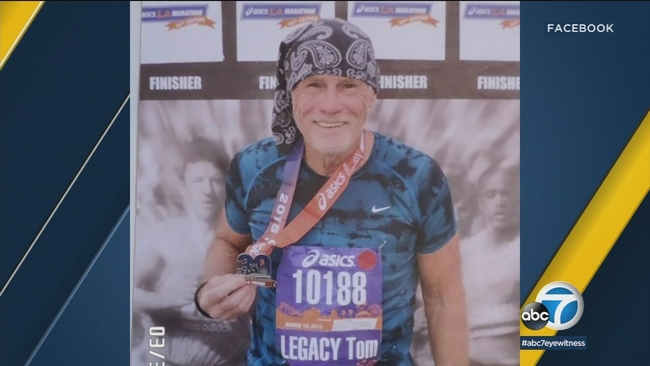