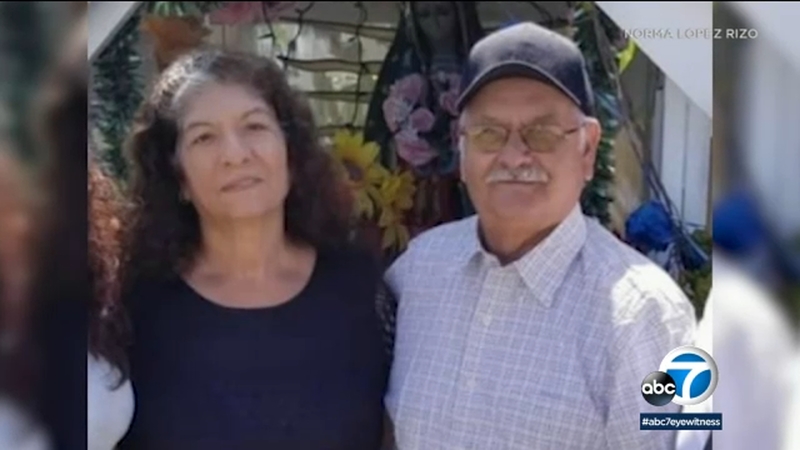 GARDEN GROVE, Calif. (KABC) -- Two other bodies have been discovered by Mexican officials on a property in Tijuana, one day after the bodies of a missing Garden Grove couple were also found there.

Jesus Guillen, 70, and Maria Lopez, 65, went missing after going to Tijuana on Jan. 10 to collect some $6,400 in rent from apartments they owned in the city, according to Baja California state prosecutor Hirán Sánchez.

Though they have yet to be identified by family members, Lopez and Guillen are believed to be dead following Friday's announcement that the bodies were found buried underneath the floor of the house. The bodies showed signs of violence, Sanchez said.

On Saturday, investigators said the bodies of another man and woman were also uncovered and are in the process of trying to identify them.

The couple's son-in-law, identified as Santiago, is being held in connection with their death. Authorities said the preliminary investigation suggested the motive was a monetary dispute over rent payments.

Sánchez said the son-in-law had already been charged with disappearance of people and would now be charged with murder. He said the man had a criminal record in the U.S. and was deported in 2012.