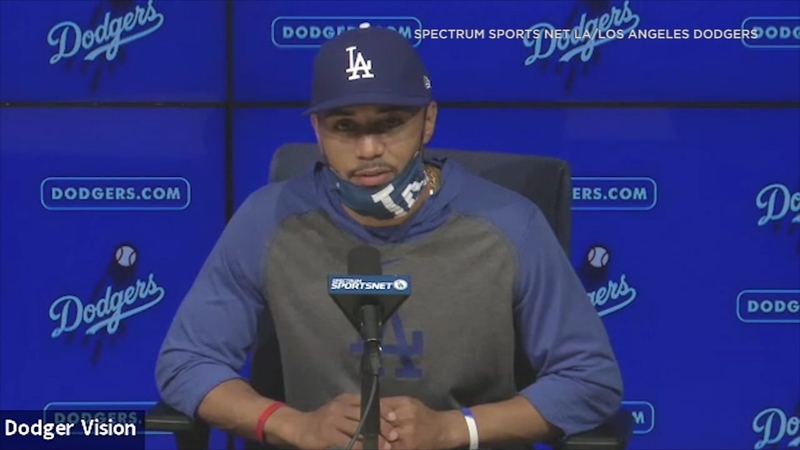 LOS ANGELES -- Mookie Betts and the Los Angeles Dodgers struck baseball's first big-money deal since the coronavirus pandemic decimated the sport's economics, a $365 million, 12-year contract on Wednesday through 2032 that removes the top offensive player from next offseason's free-agent class.

The outfielder, who turns 28 in October, was acquired by the Dodgers from the Boston Red Sox on Feb. 10 along with pitcher David Price for three players.

Betts had agreed to a $27 million, one-year deal with the Red Sox, a salary that has been reduced to $10 million in prorated pay because of the shortened season.

Fans wanting to see their faces at Dodger Stadium can buy cutouts for prices ranging up to $299.

A four-time Gold Glove winner, Betts won the 2018 AL MVP award en route to Boston's World Series title. He hit .295 with 29 homers and 80 RBIs last year, down from a major league-leading .346 average with 32 homers and 80 RBIs in his MVP season.