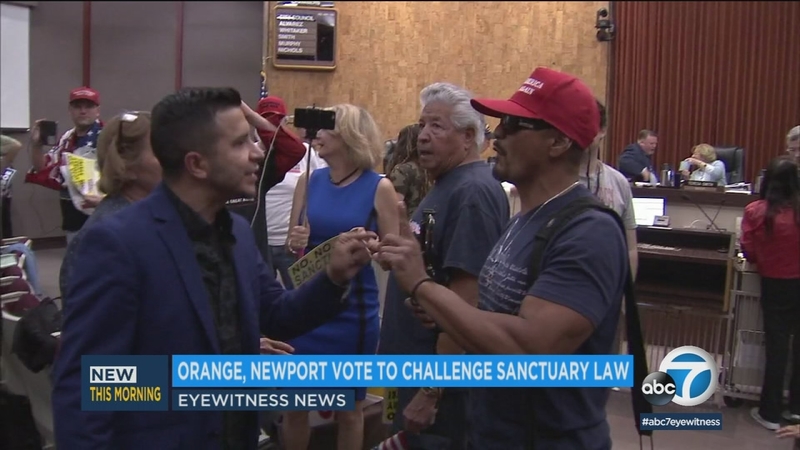 The Newport Beach City Council voted 7-0 in a closed session Tuesday night to authorize City Attorney Aaron C. Harp to have the city join in support of the lawsuit.

The Orange City Council on Tuesday voted to cease compliance with sections of SB54 until the federal lawsuit decision is made, reaffirming a resolution the City Council passed in 2010 on the immigration issue.

Wednesday, the Westminster City Council is expected to consider whether to support the so-called sanctuary state law. Supporters of the law argue it does not prevent local officials from notifying federal authorities about violent criminals.