Authorities said the driver slammed into nine parked cars before careening into the street and hitting a passing Toyota Prius.
KABC 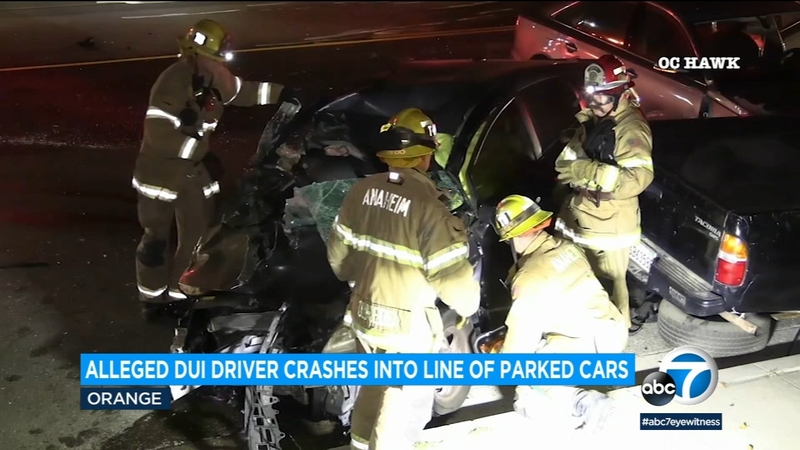 It happened along East Lincoln Avenue in Orange.

Authorities said the driver - a 32-year-old man - slammed into nine parked cars before careening back into the street and hitting a passing Toyota Prius.

The driver inside was trapped for a short time until he was rescued by firefighters.

The alleged drunk driver suffered only minor injuries and has since been taken into custody, according to authorities.

A suspected drunk driver is in custody after slamming his pickup truck through the front of a house in the city of Orange.