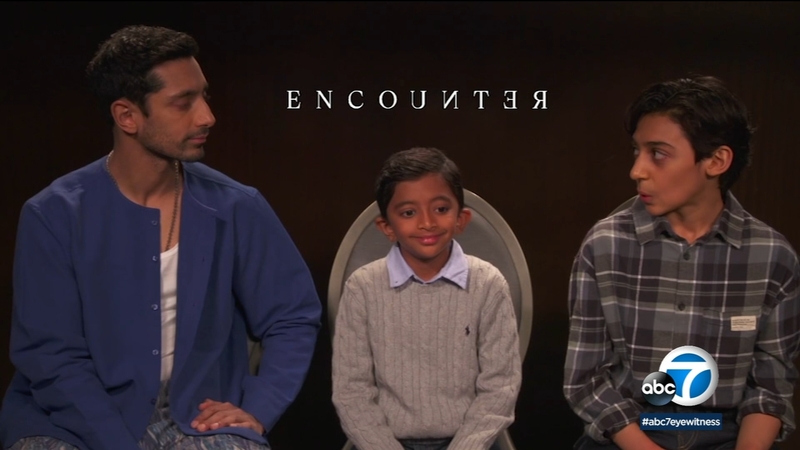 HOLLYWOOD -- The new movie "Encounter" tells the story of a military father out to protect his sons from an alien threat. But as the film plays out, there is much more than meets the eye.
Riz Ahmed stars in this genre-bending thriller

"The twists and turns, you're right. There are many of them in this film," said Ahmed. "I think it'll keep audiences guessing no matter what you think about these characters at the start. It will be questioned time and time again before you get to the end."

Octavia Spencer plays a parole officer trying to help Ahmed's character. It is no easy task.

"Here's the thing: Everything's real! It's real for the person that's experiencing it. So that's one of the things that, when I finished reading the script, I was like, 'Oh my God! That was fantastic!" said Spencer.

Spencer and Ahmed both think the two boys who play his sons are also fantastic. Here's how the kids see the movie, beyond the mystery of it all.

"It's a movie about family and how they go through lots of struggles. But, really, at the core, it's just about--but it's about their love," said Lucian-River Chauhan.

"The main point of the film is family and that you should always protect your family and love them, no matter what," said Aditya Geddada.

Ahmed says the boys taught him what acting is really about.

"If these guys want to have film careers, they can and they will. You know when you see these guys on screen, you're reminded of DiCaprio and 'Gilbert Grape.' You're reminded of Christian Bale, 'Empire of the Sun.' So these are fantastic actors," said Ahmed.