Police said the man is facing arson charges and has a felony warrant out for his arrest.
KABC 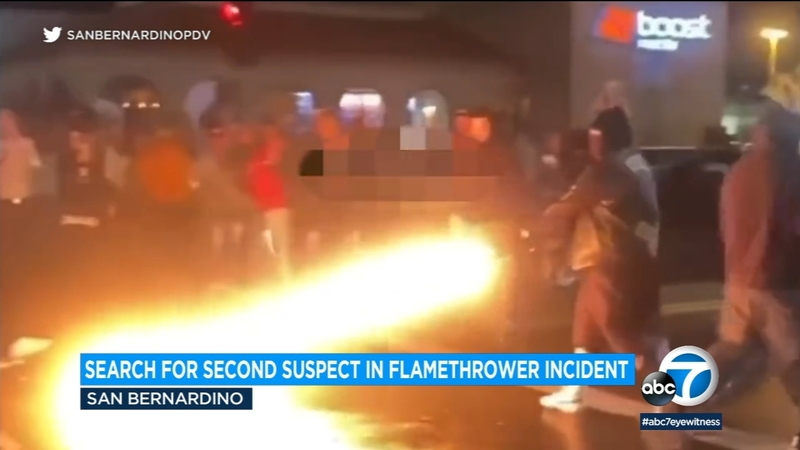 SAN BERNARDINO (KABC) -- Police in San Bernardino have released new video in hopes of tracking down a man seen using a flamethrower in the middle of a crowded street during a street takeover.

The incident happened in April near the intersection of 5th Street and Vernon Avenue.

According to police, one person was arrested, but a second suspect - who has now been identified as 41-year-old Eric Hanshaw of Arizona - remains on the run.

Based on a previous investigation into a street takeover that occurred on 5th & Mt Vernon, officers have identified a second subject wanted in connection with that incident. Eric Hanshaw, a resident of Maricopa County, Arizona has a felony warrant for his arrest. pic.twitter.com/EpAMLcaDFL

Police said the man is facing arson charges and has a felony warrant out for his arrest.

Anyone with information is urged to contact the San Bernardino Police Department.

The San Bernardino Police Department is still taking a zero tolerance approach on those who want to participate in this type of disruptive activity. Our investigation is ongoing and more arrests are anticipated. #SanBernardino #SanBernardinoPD #NotInOurCity #DontPlayWithFire