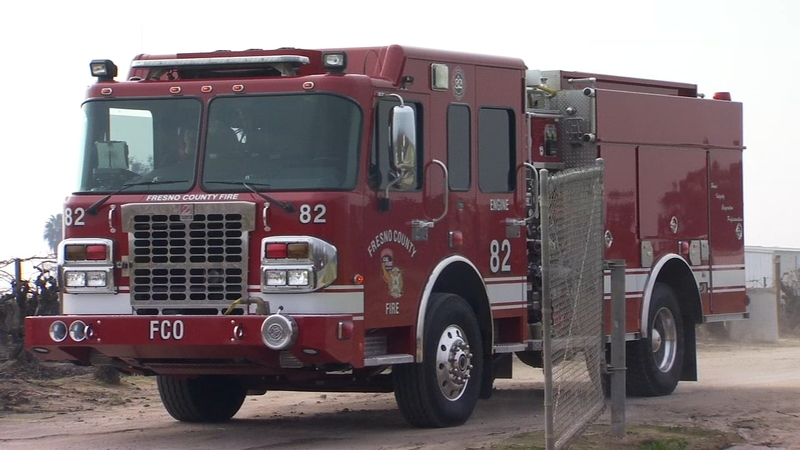 FRESNO, Calif. -- A woman has died after authorities say she got her clothes caught in a raisin processing machine at a packing house in Sanger, California, on Friday morning.

The 33-year-old working mom had some loose clothing which got caught on a piece of equipment.

A couple of coworkers who were working a short distance away noticed she was trapped. They immediately powered down the equipment and called 911.

But by the time first responders arrived, she was no longer breathing.

Officials say she had experience working at the facility. This was her second year working there.

The news devastated those on the property.

Some left in tears, heartbroken and shocked by what happened.

To help them cope, the Fresno County Sheriff's Office Chaplaincy unit was there to provide comfort to those impacted.

Valladares's boss was too shaken and distraught to speak to us on camera, but he says his heart goes out to her family and friends.

Cal OSHA is investigating the incident, which could take a few months to complete, and released this statement:

An employee working for a farm labor contractor named Blessed Harvest was working on a Stem Grading Line when their clothing got caught on a shaft to a cylinder that breaks up raisin bunches, causing the employee to strike their head.