No shooter or injuries at Santa Ana HS after reports of bomb threat; campus is safe, police say 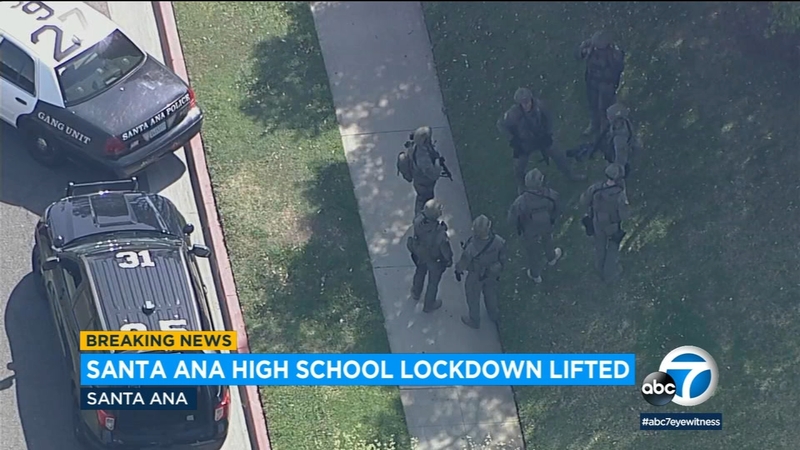 SANTA ANA, Calif. (KABC) -- Santa Ana High School has been cleared and declared safe Thursday afternoon after the campus was placed on lockdown "out of an abundance of caution" due reports of a possible bomb threat and a potentially armed person on campus, officials said.

According to an update issued by the school district shortly after 3 p.m., there was not an active shooter at the school and no injuries were reported.

Officers first responded to the school at 520 Walnut Street shortly after 1 p.m. and a bomb squad was summoned to the scene, according to police.

A suspect was initially believed to be a student, a police spokesperson told ABC7, but investigators later said a suspect was not found.

News video from AIR7 HD showed officers who arrived at the campus in several patrol and SWAT vehicles.

Students have since been released.