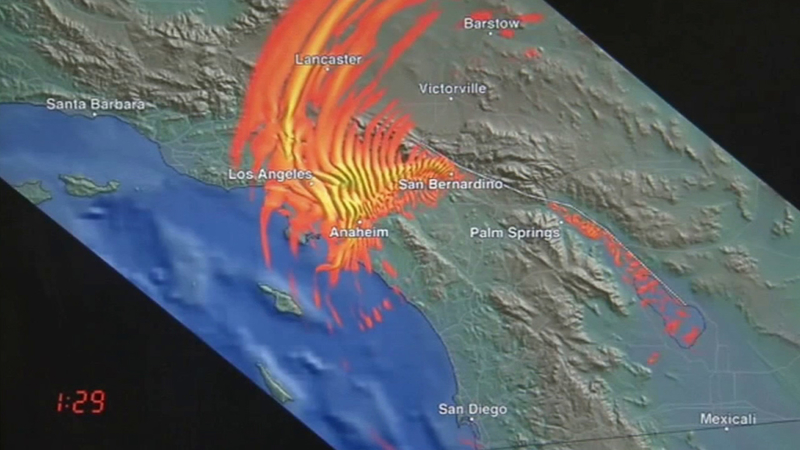 LOS ANGELES (KABC) -- The massive devastation in Nepal has spiked many people's fears about a similar disaster striking in earthquake-prone Southern California.

The official death toll in Nepal soared past 4,000 and the damage was incredible, but the earthquake posed no surprise to experts.

"You have two continents directly in contact smashing into each other. When you smash things together, that tends to build up mountains, and this is why the highest mountains in the world, the Himalayas, are right there," said David Oglesby, a UC Riverside professor of geophysics.

He noted that the San Andreas fault in California is slightly different. The two sides aren't really pushing into each other, as much as they're pushing by each other, but there is one similarity.

"Both of them can accommodate earthquakes of at least this size, so in Southern California you can imagine an earthquake of about 7.8 or 7.9 and maybe as high as 8.0," Oglesby said.

A computer simulation put together by the Southern California Earthquake Center shows shaking from a 7.7-magnitude quake that strikes at the southern tip of the San Andreas fault lasting 30 to 45 seconds in the Inland Empire and nearly 1 minute and 30 seconds in Los Angeles.

While the death toll would likely not be as high in Southern California as it was in Nepal, the shaking could be just as serious, if not worse.