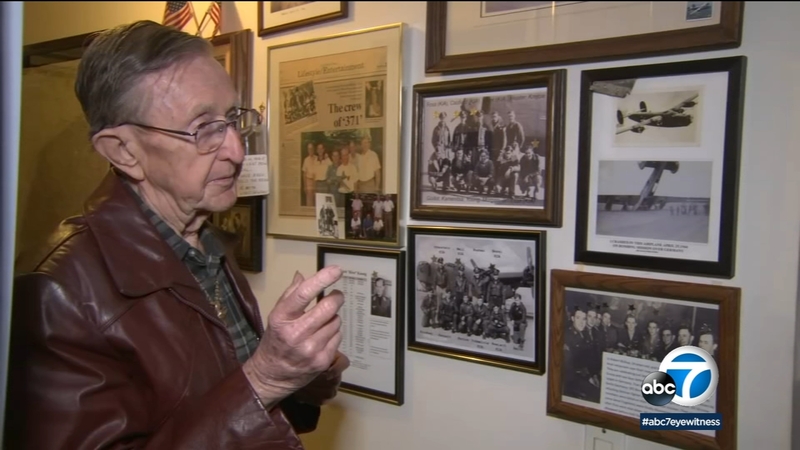 HUNTINGTON BEACH, Calif. (KABC) -- When you take a look around Bud Guillot's home in Huntington Beach, it's clear he has quite the story to tell.

The 96-year-old is a World War II veteran and was a prisoner of war. He remembers nearly every detail, including the first time he was handed a parachute.

"You don't need any training, says you either do it right or wrong the first time," Guillot recalled.

While he laughs about certain things, Guillot also remembers the frightening circumstances around his first mission over Germany.

He manned the machine gun and described what he saw.

"Anti-aircraft shells start bursting all around you, you see airplanes going down every direction," he said.

Guillot says every time they returned to base, they lost several guys.

During a gun fight, his crew's plane crashed into a field in Berlin; the nose dug straight into the ground.

"We spent the night in the prison and then went to Stalag 17b," Guillot said.

Guillot was held captive at the infamous POW camp for a year and five days - often in brutal conditions.

But, during a forced march, he was liberated by General Patton's army. He still remembers the speech.

Guillot received several awards for his bravery, including two purple hearts. And he continues to share his incredible story, keeping these war memories alive.

He says he's just grateful he made it past the 10 missions airmen were expected to survive during the war.