An L.A. school police sergeant told Eyewitness News two students were fighting when one of them stabbed the other.
KABC 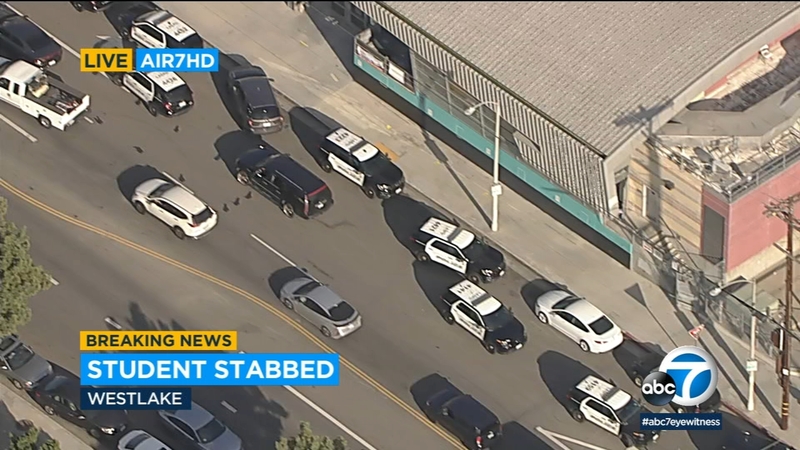 Student stabbed during fight with another student in Westlake: Police

WESTLAKE, LOS ANGELES (KABC) -- A 17-year-old student was stabbed during a fight on the campus of a Westlake-area school Wednesday afternoon, authorities said.

Officers with the Los Angeles School Police Department were called to the Miguel Contreras Learning Complex just before 1 p.m. about a report of an assault.

An L.A. school police sergeant told Eyewitness News two students were fighting when one of them stabbed the other.

The student was rushed to the hospital in an unknown condition. Investigators said he was stabbed in his shoulder and thigh.

The other student was taken into custody just after 3 p.m. after a brief lockdown of the campus.

The rest of the students were released during a modified dismissal.

According to investigators, the two students knew each other and called this "an isolated incident."