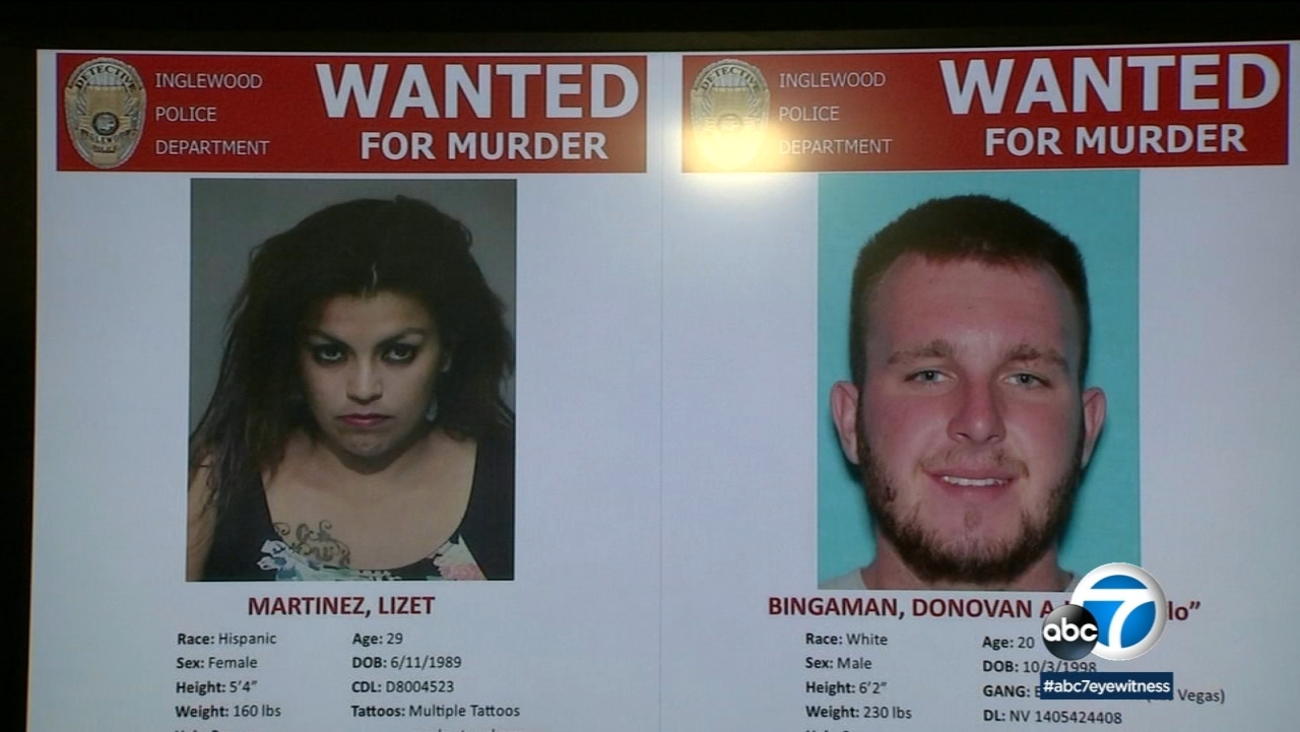 Donovan Bingaman, 20, and Lizet Martinez, 29, were found and arrested in Odessa, Texas.

Authorities said the violence unfolded when Bingaman drove up to the 70-year-old victim, identified as Lourdes Padilla, while she was on foot at Yukon Avenue and 104th Street in the afternoon hours. Investigators believe Martinez then got out of the vehicle and attacked the senior citizen in an attempt to grab her purse.

When the victim refused to give up without a fight, authorities said Martinez fatally shot Padilla.

Investigators tracked the suspects in California, Nevada and Arizona before finding them in Texas. Police are investigating a motive, saying the tragic crime could have been a random act of senseless violence.