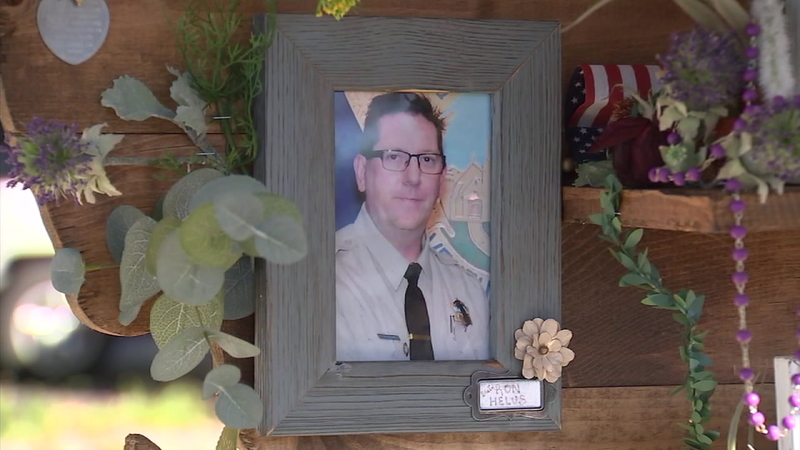 THOUSAND OAKS, Calif. (KABC) -- A sheriff's sergeant who responded to a mass shooting last month at the Borderline Bar & Grill in Thousand Oaks was killed by friendly fire from a California Highway Patrol officer's weapon during a shootout with the suspect, authorities announced Friday.

At a morning press conference, Ventura County Sheriff Bill Ayub said Sgt. Ron Helus was struck five times by bullets from the suspect and a sixth time by a round from the CHP officer's AR-type rifle.

Both law enforcement officers had entered the venue to confront 28-year-old Ian David Long, who shot 12 people before he fatally turned his weapon on himself. Helus and 11 other victims died in the Nov. 7 incident.

"This was a dynamic, chaotic event that led to a very brief but furious gun battle between the killer and the lawmen," Ayub said. "We believe that Sgt. Helus was clearly not the intended target of the CHP officer -- which further illustrates the extreme situation both men faced."

According to the county's chief medical examiner, Helus' initial wounds were potentially survivable, but the sixth bullet proved deadly when it struck his heart.

"This is sad news and a tragedy, but ultimately this was the most severe injury sustained," Dr. Chris Young said.

Investigators have yet to announce Long's motive for the shooting. He was carrying seven high-capacity, 30-round magazines when he stormed into the Borderline Bar, the sheriff's office said.

The shooter was armed with a folding knife and a Glock .45 caliber semi-automatic pistol he legally bought in 2016 at a Southern California gun shop, according to Ayub.
He threw several smoke grenades and fired over 50 rounds during the rampage.

Helus, a 29-year veteran of the sheriff's office, was wearing body armor when he was shot, authorities said.

"The mere thought of something like this happening is devastating to all of us," the Highway Patrol said in a statement, "and underscores the difficult and dangerous circumstances law enforcement faces, often with only mere seconds to react."

Officials said the CHP officer, a nine-year veteran of the agency, has taken time off to deal with the findings.