The footage shows the deputy shooting his gun when the suspect began driving toward his patrol car.
KABC 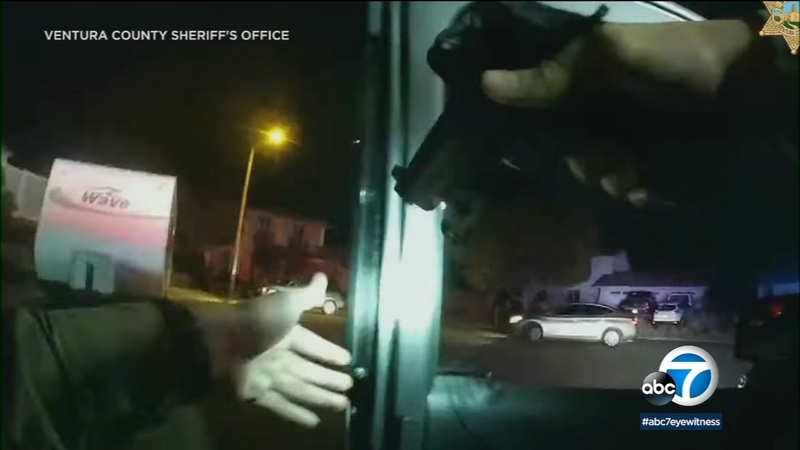 The video is from an incident that happened on March 19.

That morning, deputies responded to a reported theft in which the suspect later led them on a brief pursuit that ended in the 3000 block of Rollings Avenue.

The footage shows a deputy shooting his gun after the suspect drove into a cul-de-sac and turned around, driving back toward the deputy's patrol car.

The deputy shot his gun several times, according to the footage. The suspect eventually got away.

The car, which was reported stolen at the time, was found a few days later with several bullet holes.

It's unclear if anyone was inside the suspect's vehicle. No deputies were injured.