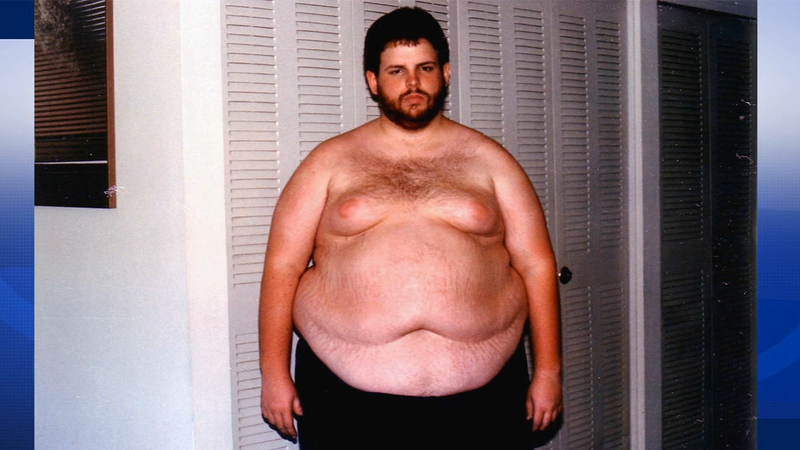 LOS ANGELES (KABC) -- Gregg McBride is one of millions of Americans who has struggled with weight. A tragic childhood led to food addiction and then morbid obesity.

His parents responded to his eating disorder by locking the kitchen cabinets.

"When I was eating it was always in secret. I would steal money from my dad's wallet. I would buy junk food -- I'd have to hide it in my room. I would even hide ice cream," said McBride, author of "Weightless."

The average American male waist size is 40 inches. McBride, at his heaviest, wore a 60-inch belt and weighed more than 450 pounds.

McBride's parents put him on countless diets but abuse was really the root of his problems.

"Neglect, abuse, he was sexually abused. His mother was ill. His father was alcoholic," said psychologist Dr. Rick Shuman.

Now 250 pounds lighter, McBride has chronicled his journey in order to help others.

"Part of the point of 'Weightless' is at 18 years old, I was then responsible for it and it turns out I needed to get rid of the mental weight as much as the physical weight," he said.

McBride did just that. He started walking an hour every day, then added gym time.

He stopped the gimmicky weight-loss tricks and began eating the basics, focusing on fresh food in the proper quantity.

McBride wants to help others fight what he calls "fat thinking."

"People are always trying to fix their stomach, whether it's certain food group combinations or surgery or pills. And I say over and over again, the problem is in our heads," said McBride.