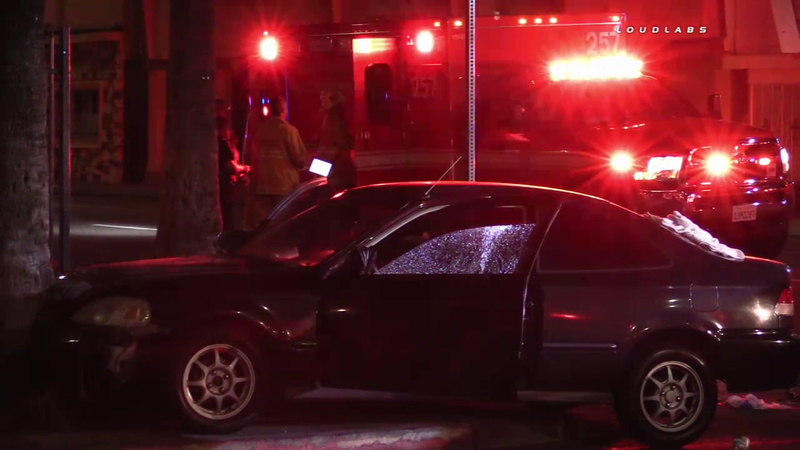 SOUTH LOS ANGELES (KABC) -- A man in his 20s was shot to death while driving early Monday morning in the Manchester Square neighborhood of South Los Angeles, authorities said.

The motorist's vehicle crashed after the shooting, which was reported at about 3:30 a.m. in the area of 81st Street and Western Avenue, a spokesperson for the Los Angeles Police Department's 77th Street Division said.

Los Angeles Fire Department firefighter-paramedics responded to the scene and transported the injured driver to a hospital, where he died, according to the LAPD.

The victim's name has not been released.

Police closed Western Avenue between 80th and 82nd streets and examined the man's car, whose driver-side window appeared to be shattered.