"The whale was in poor health and had sustained many injuries as a result of hitting against low tide rocks," officials said.
KABC 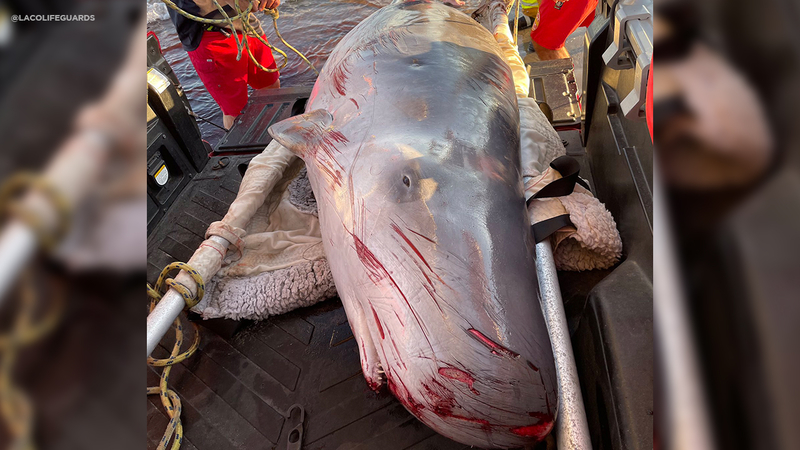 Whale rescued in Malibu euthanized due to injuries, officials say

MALIBU, Calif. (KABC) -- A whale that was rescued off of a Malibu beach over the weekend was euthanized due to the extent of its injuries, wildlife officials tell ABC7.

According to a spokesperson for the California Wildlife Center, crews responded to reports of an adult Pygmy sperm whale found stranded in the Malibu Lagoon Sunday afternoon.

[Marine Mammal Rescue] - At approximately 4:40 pm Lifeguards and @LACOFD responded to the Malibu Surfrider Beach for a report of a pygmy sperm whale stranded on the beach. Lifeguards and fire removed the whale off the shoreline and transferred care to California Wildlife Rescue. pic.twitter.com/D68VbIx4Ko

"The whale was in poor health and had sustained many injuries as a result of hitting against low tide rocks," said the California Wildlife Center in a statement. "Working with NOAA, we opted to humanely euthanize the animal in order to prevent additional suffering."

According to the NOAA, Pygmy sperm whales, like all marine mammals, are protected under the Marine Mammal Protection Act.