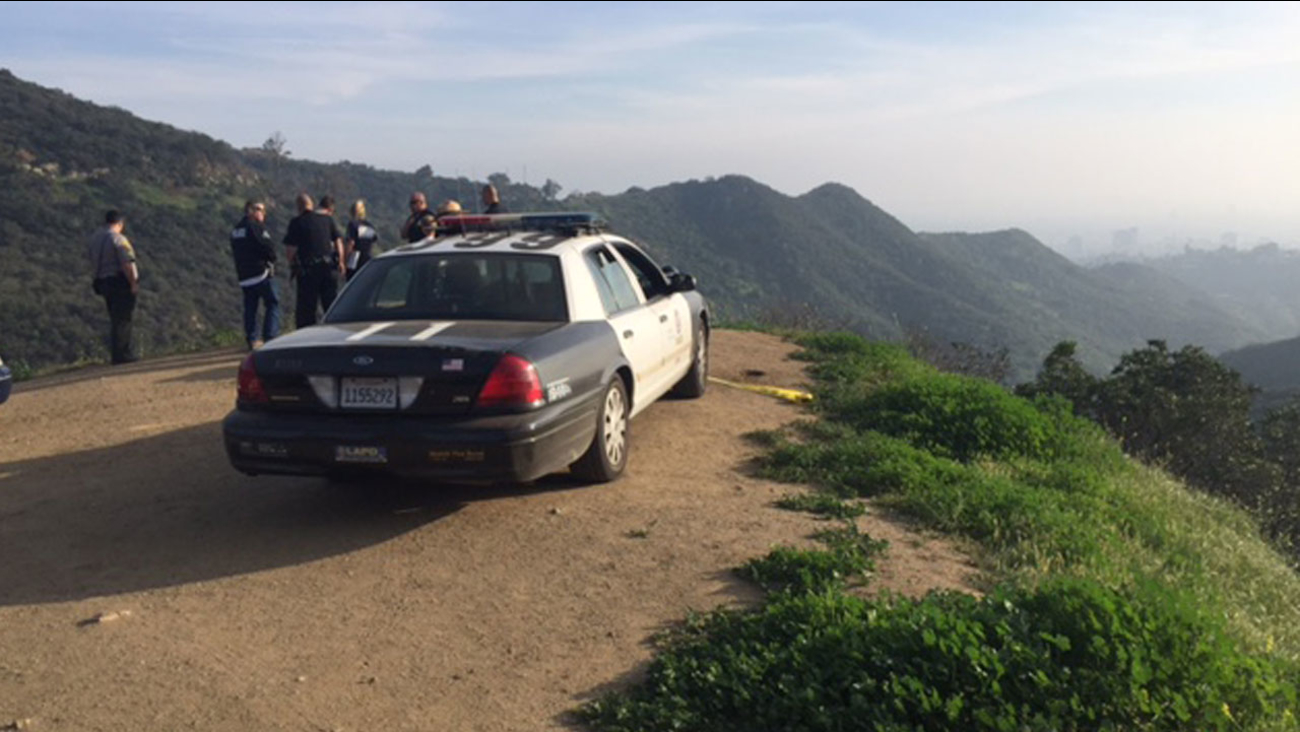 LOS ANGELES (KABC) -- A human skull found in Griffith Park near the Hollywood sign has been identified as a female, according to the Los Angeles County Coroner's Office.

The skull was discovered by two hikers on March 19 off the Brush Canyon trail at about 2 p.m., authorities said.

The hikers made the grim discovery after they went off the main trail.

Detectives had to use a rope to rappel down about 100 yards to examine the skull and search for any other evidence.

Park rangers located the skull and authorities said that the remains appeared to have been in the area for a few years.

According to officials, the woman was at least 20 years of age.

The woman has not been positively identified and the coroner's office said it's trying to determine when she died.

Human remains have been found before in Bronson Canyon. In 2012, the body parts of Hervey Medellin were found in the area.

Last year, his roommate, Gabriel Campos Martinez, was found guilty of murder and sentenced to 25 years to life in prison.