After six prison terms, Susan Burton had a profound life-changing experience that inspired her to start A New Way of Life Reentry Project to help formerly incarcerated women rebuild their lives.
KABC
By Jessica Dominguez 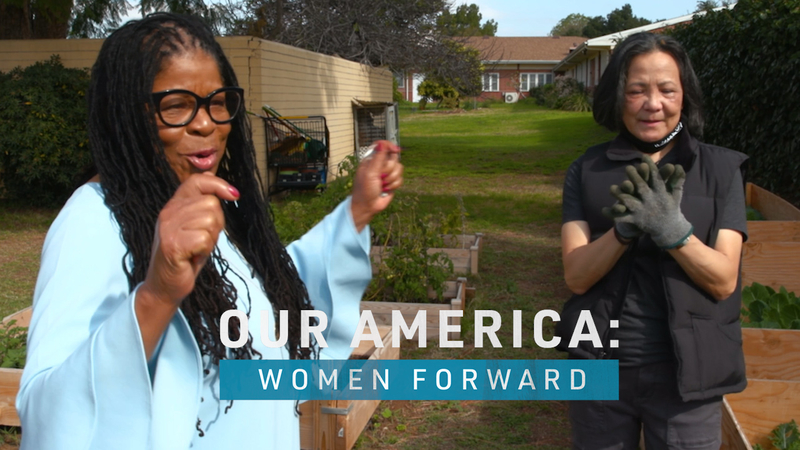 SOUTH LOS ANGELES (KABC) -- As we celebrate Women's History Month, we're taking a close look at changemakers. They are mothers, daughters, sisters and friends helping each other overcome difficult circumstances, including incarceration.

Leading the fight for women in prison is a South LA native who's given thousands of former inmates a home and the tools to move forward. Susan Burton created a "A New Way of Life Reentry Project" providing educational, employment and counseling services throughout 10 homes in Southern California.

Over the past 20 years, she has become better known as a modern-day Harriet Tubman. Burton calls it "freedom work." Often, when a newly released woman walks out of prison, Burton is the first person she will see. She volunteers to pick up the women and drive them to their new place of living through her program.

The program's approach is holistic, where healing and restoring take center stage. Each day begins with meditation where the women listen and learn from one another without judgment. The women are given responsibilities and are held accountable.

Burton says A New Way of Life has a 90% success rate. The women are encouraged to work on bettering themselves and make thoughtful decisions about their future, such as resume-building and returning to school. She believes if the women put in the work, healing and transformation is possible.

"These women are not throwaway people. They just need a hand up to actualize the possibilities for their lives in an environment that does not produce violence," said Burton.

"This has really allowed me to learn how to love, learn how to heal," said Oriana Sly, who lives in one of the program's homes.

"What have I learned here? To never give up on my dreams," said Pamela Harris, a resident at A New Way of Life Reentry Project home.

The inspiration behind Ms. Burton's program was born from tragic circumstances. The death of her 5-year-old son, K.K., sent her on a destructive path. Finding it extremely difficult to cope with her grief, Burton turned to alcohol and drugs, which resulted in six prison terms. She spent 15 years in and out of prison. After her last incarceration, she was admitted into a rehabilitation home to recover in Santa Monica.

According to the Sentencing Project, the national incarceration rate for Black women was nearly twice that of white women in 2019. For Latinas, it was 1.3 times the rate of white women.

The South L.A. native says resilience and grief live with her daily and it pushes her to keep fighting for formerly incarcerated women.

"I found my purpose. It feels so rewarding," said A New Way of Life Reentry Project resident Loida Cruz. "It's a feel of gratitude."

"It's been so much progress... she gave me the love that I've never had before," said Shakia Walker, A New Way of Life Reentry Project resident. "She made me realize that I have another chance, that it's not over."

More than 20 years since the program began, A New Way of Life Reentry Project has helped thousands of women find a healthy way forward and has also reunited an estimated 400 children with their mothers. Burton says she has witnessed countless women make positive changes and go on to live fulfilling, restored lives.

"My son...I can't bring him back, but I can help other women to have their children with them, to have the resources to thrive and find a way forward," expressed Burton.

For more information about A New Way of Life:
anewwayoflife.org
Becoming-Ms-Burton-Recovery-Incarcerated

"Our America: Women Forward" continues all week on Eyewitness News at 4 p.m. Learn more at abc7.com/OurAmerica