After 21 years in prison for murder, wrongly convicted man starting over in LA 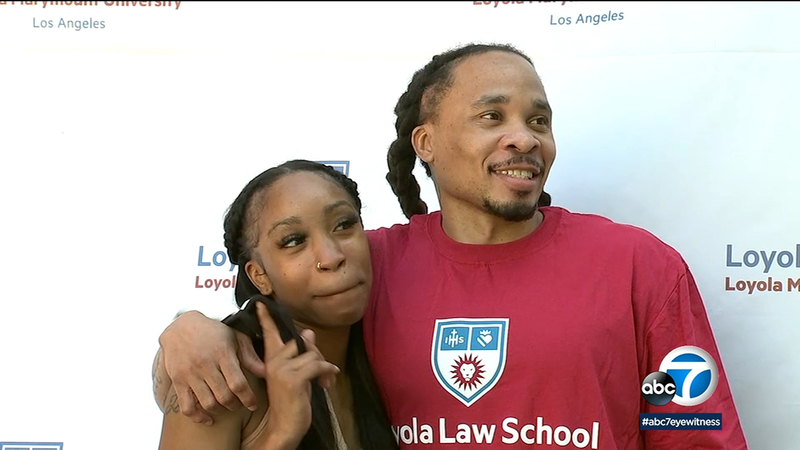 He's having what he calls his "wow moments" - just getting used to being free.

"I just seen the Staples Center, like wow," he said. "I'm a Laker fan. Just seeing regular people in regular clothes it's like WOW."

In 1999 Jones - then 19 years old - was arrested for a double murder in Bakersfield, a deadly gang-related drive by.

On Sept. 11, 2000 he was convicted on two counts of murder and four counts of attempted murder and sentenced to life without parole. He maintained his innocence.

Four years ago the Loyola Law School's Loyola Project for the Innocent received his case and started working on getting Dwight out.

The organization helped develop DNA evidence and new eyewitness testimony that indicated Jones was not involved in the shooting and was not a gang member.

To bring the case back to court would take some time, so Jones agreed to a deal with the Kern County District Attorney's office that let him plead no contest to reduced charges and get out of prison immediately.

Attorney Megan Baca, who worked on Dwight's case for the Loyola project, says it made sense for him to take the deal.

"It could be years-long litigation ahead of us and Dwight was eager to come home," Baca says. "It's already been 21 years, more than half of his life where he was wrongfully incarcerated so he was eager to take the deal and get out immediately."

Dwight Jones says he never lost faith this day would come. "I always believed this was going to happen one day. I just didn't know it was going to take this long. I just had faith..."

So how does he feel about the justice system that put him in prison for more than half of his life?

"You know, for years I was mad at it but being mad at the system wouldn't change my situation. So as time went on I forgave them."

He says there are no plans to take legal action against the city of Bakersfield. He just wants to be with his family. And go visit his father who's hospitalized and surprise him that his son is now a free man.