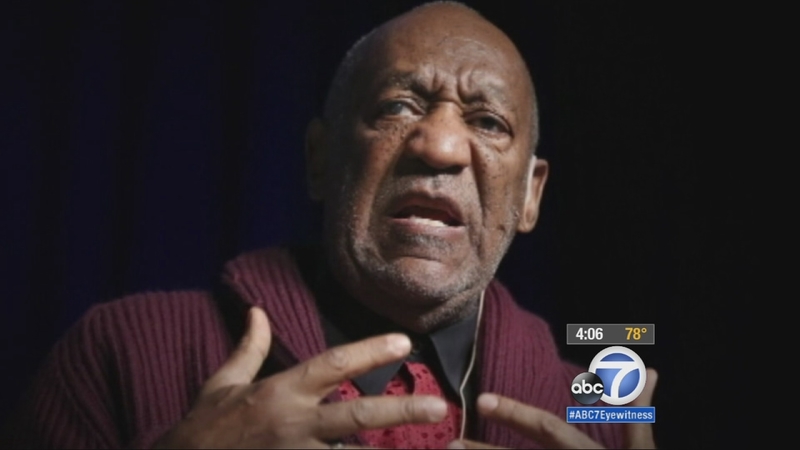 LOS ANGELES (KABC) -- Two more women who claim they were sexually assaulted by Bill Cosby spoke out at a news conference Friday, adding their names to a growing roster of accusers.

Margie Shapiro claims she was drugged and sexually assaulted by Cosby at the Playboy Mansion in the mid-1970s.

"He was inside me and touching me. I was so grossed out. I can't find the words to express my disgust. Mercifully, I passed back out again," Shapiro said.

Sunni Welles says she was just 17 years old when Cosby raped her.

"I believe that Bill Cosby is a sexual predator," Welles said.

According to Welles' attorney, Gloria Allred, the statute of limitations may not apply to Welles.

"If she is still within the time period for a criminal prosecution, whether she wishes to pursue that, that is a decision she'll make at another time," Allred said.

The 77-year-old comedian is scheduled to perform his "Far From Finished" concert in Baltimore, Maryland Friday night and in Charleston, Virginia Saturday.

At past shows, protesters demonstrated outside of the venues and the same is expected in Baltimore.

More than 30 women have come forward accusing the comic legend of similar assaults throughout his career. Cosby has not been charged and has denied the allegations against him.

Allred says she hopes the seats are empty after the latest allegations against Cosby and that she is far from finished, promising that even more women will be going public with their stories in the near future.

"Are all of the women lying and Bill Cosby is telling the truth? Or is Bill Cosby lying?" she said.