LAPD said Brianna Kupfer was at the store by herself last week when she was attacked and killed by the suspect.
KABC
By Josh Haskell and Leanne Suter 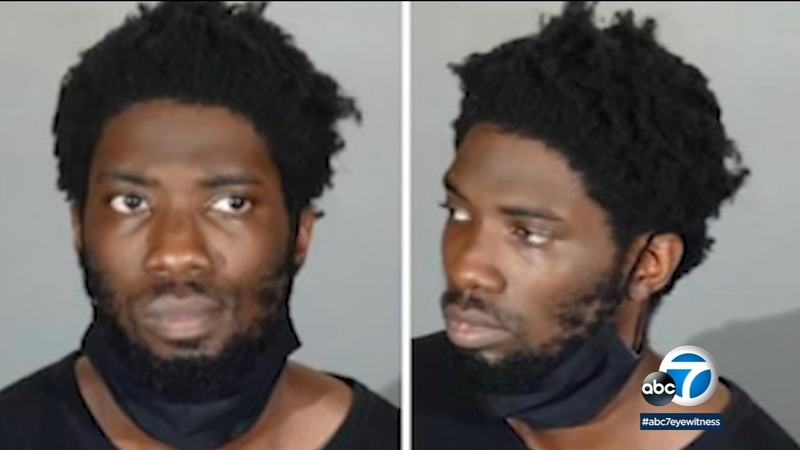 HANCOCK PARK, LOS ANGELES (KABC) -- A $250,000 reward is being offered for information leading to the arrest of the man accused of stabbing a 24-year-old furniture store worker to death in Hancock Park, officials announced.

The reward is made up of contributions from the community and the city of Los Angeles, authorities told Eyewitness News.

#UPDATE A $250,000 dollar reward with contributions from the public and the city is now offered for anyone with information regarding the murder of #BriannaKupfer - LAPD says one of the largest rewards of recent memory. pic.twitter.com/mQMcnFrLJz

Authorities have identified the suspect as 31-year-old Shawn Laval Smith. He is described as a Black male, 6-feet 3-inches tall, and weighing 190 pounds.

Police say Smith is considered armed and dangerous. Anyone who spots him should call 911 immediately.

Smith is likely to be using public transportation, and special attention should be given to bus stops and train platforms, officials said.

31-year-old Shawn Laval Smith has been identified in connection with the murder of Brianna Kupfer, which occurred in the 300 block of North La Brea Avenue on January 13, 2022. He should be considered armed and dangerous. If seen do not approach, call 911. pic.twitter.com/jZlESB9l9r

Brianna Kupfer was working at the Croft House furniture store in the 300 block of La Brea Avenue last week when she was attacked, according to Los Angeles police.

LAPD Detective Herman Frettlohr said Kupfer was at the store by herself when she was killed by the suspect, who was last seen going out the back of the store, heading northbound through an alley.

The 24-year-old was found dead by a customer who entered the business, Frettlohr said.

A memorial is growing outside the Hancock Park furniture store where 24-year-old employee Brianna Kupfer was stabbed to death in an apparent random attack.

Newly released video shows Smith from a variety of angles, 30 minutes after police say he stabbed Kupfer to death. Smith is seen casually shopping at a 7-Eleven buying items. Police say the suspect made other stops.

"This individual responsible for this vicious, senseless, and brutal crime, he walks amongst us. I am convinced of that," said LAPD Chief Michel Moore. "I'm convinced of it because of the reports of his activities prior to, and in the aftermath, of this brutal homicide, where he visited businesses up and down La Brea, and along the Beverly corridor as well. Businesses large and small."

Smith was last seen wearing a black hoodie with skinny jeans and dark shoes. He had on a white N95 mask and was carrying a backpack, according to police.

Video obtained by Eyewitness News shows Smith dressed in black clothing and wearing a white face mask as he walks away from the shop. LAPD says that Smith spent several minutes inside the furniture store.

"At 1:36 p.m., in the afternoon, Brianna was working in the store all by herself. She sent a text to a friend letting them know that there was someone inside the location that was giving her a bad vibe," said Lt. John Radke. "Regrettably that person did not see the text immediately."

A LinkedIn page that appears to belong to Kupfer says she was a designer at the Croft House. It's unknown if she knew the suspect and a motive for the attack remains under investigation.